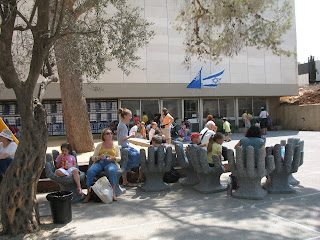 G-d forbid you should think that I only kvetch and complain about things here.  Last week I managed to go twice to the newly expanded, renovated and refurbished Israel Museum.  Years Decades ago I was a very frequent, regular visitor to the museum.  We even had membership.  My daughters feel like they were raised there.  The two elder ones went to arts & crafts classes in the Israel Museum.  I knew every exhibit, the whole layout of the place.  I was young and all the distances and levels didn't bother me.


Well, the museum and I have aged.  I haven't had any face-lifts, botox or even dyed my hair, but the Israel Museum has been totally rejuvenated.  It's a new museum, bionic, maybe....
Last week there were thousands and thousands of visitors each day, many escaping the heat, but the museum is large enough to handle even more! 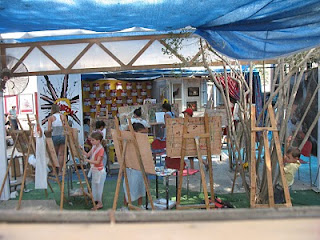 The second day I was there it was with family from abroad and a couple of my grandchildren.  They were entranced by the Judaica and Archeology.  The kids even liked the snacks bought in the snack-bar.  They got a kick out of watching the workers still painting and fixing things in the museum.  We didn't have enough time to let them join the workshops.  If we had given them the chance it would have had been harder to get them to leave. 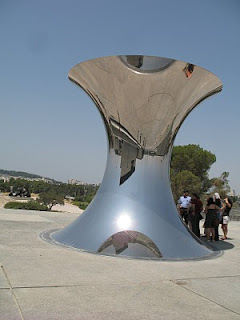 And, no, I'm not tempted to get a face-lift.  It's fine for the Israel Museum but not for me. 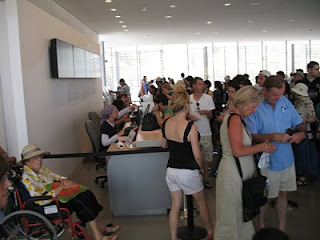 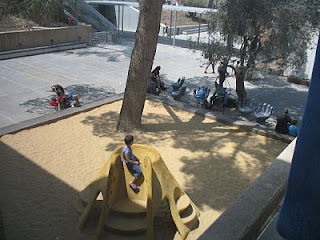 We spent an hour and half just in the archaeology section. Gotta get back soon! Maybe we can get together there?

It's a date! And then maybe we'll all meet at HaGov for dinner.
ps I think the history/narrative should be rewritten, but the artifacts are amazing.