Nice to Know, Not all Americans Support Obama's Pro-Arab Policies 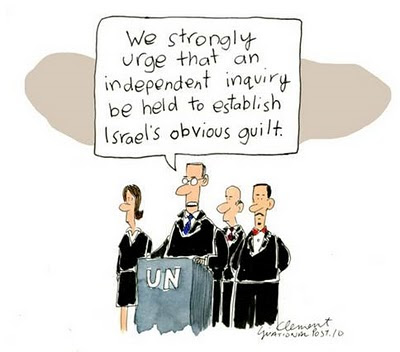 It's not only because my mailbox was full of "you have to hear this" posts telling me to listen to "We Con The World," Latma's truer than true parody of We Are The World."  Mona Charen's Disgracing America (hat tip: ajg) is a must read for Americans and those who want  to know that U.S. President Obama and his followers don't speak for all of the United States.

I guess I'm not "normal," since until making aliyah and certainly until moving to Shiloh I've been right about my being in the minority.  My decisions over the years have never been based on "fitting in."  Even in Shiloh, I'm not "typical," but I'm within a norm, which I wasn't forty and more years ago in New York. 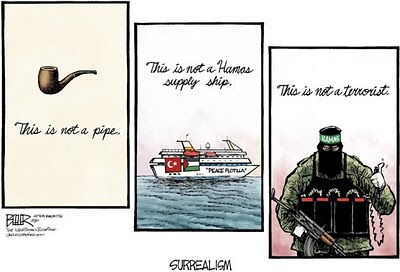 I'm also extremely happy to see some common sense from the editorial cartoonists.
Thank G-d.  I guess the Messiah's really approaching.
Posted by Batya at June 04, 2010

Shalom!
The "This is not a pipe" cartoon is taken directly from a Magritte painting. (Yes. Magritte painted a pipe, including caption "C'est pas une pipe.") Magritte was a French Surrealist. He'd feel at home in Israel.

Thanks, Hadassa, did you study art history or something like that?