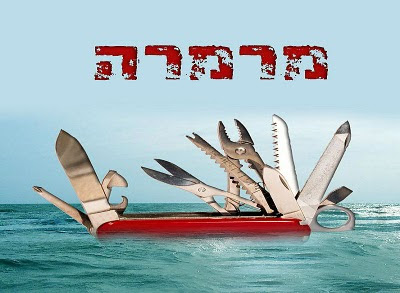 First some humor, courtesy of Bang it Out:

Top Ten Signs the Cruise You are On is a Flotilla
10. Scuffleboard tournament
9. When someone screams "man overboard," everyone cheers
8. All-night "Clubbing" isn't exactly what you had in mind
7. Featured drink at the bar: Molotov cocktail
6. Entire cruise already posted on YouTube for your viewing pleasure
5. When set sail, the crowd cheers, "Bomb Voyage!"
4. Seems you are the only one with a round-trip ticket.
3. Daytime classes include humanitarian improv, fencing and the very popular "spinning stories workshop."
2. Free pocket knife souvenir on every pillow during turn down service
1. All You Can BEAT Buffet
****
And now, on to the FLOTILLA EXPLOSION: 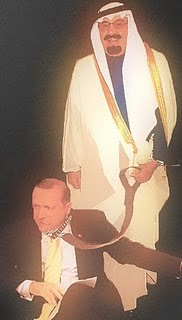 First, it was ’s turkey of a leader, ErDOGan, who threatened to join the next flotilla.

*
Then, Iran jumped on the er, bandwagon [or should I say sea-wagon?]:
offers escort to next aid convoy
has warned that it could send Revolutionary Guard naval units to escort humanitarian aid convoys seeking to break the Israeli blockade of – a move that would certainly be challenged by . Any such Iranian involvement, raised today by an aide to the supreme leader, Ayatollah Ali Khamenei, would constitute a serious escalation of already high tensions with , which accuses of seeking to build a nuclear weapon and of backing Hamas, the Islamist movement that controls .
*

And, Yisrael Medad reported on My Right Word:
An Obama Flotilla?
Robert Malley, a sort of Obama advisor, now "envisions" that will lead a flotilla to breach 's sea-route blockade of - or maybe he didn't hear the prompter well enough?
Here : Obama could dispatch an American flotilla to , comprised of the USNS Comfort and humanitarian cargo ships. That would certainly be in keeping with other humanitarian missions the military has volunteered for around the world...
Suffice it to say an American flotilla to would have more the redemptive effect they might be seeking. In this report, I asked Robert Malley, who served the administration on Arab-Israeli affairs (and a former Obama classmate at Harvard) about that very prospect. Malley told me it was indeed not too far-fetched to envision.
*
But here’s THE BEST YET, from Ynet:
[ISRAELI] Students plan counter-flotilla
Flotilla organized to aid 's oppressed Kurds, Armenians; show up world's hypocrisy after sharp criticism of 's raid on flotilla
Israeli students are planning a "peace flotilla" to with humanitarian aid for nations who suffered under Turkish imperialism – the Kurds and Armenians. The initiative comes in response to the world's sharp criticism of 's lethal raid on the flotilla which left nine activists dead and many wounded.
The organizers are currently seeking a suitable vessel and trying to recruit other students to the cause. No date has yet been set, but a skipper has been found: Arik Ofir, a member of the navy veteran's union and owner of a private business. They have also obtained medical supplies, and hope that by the end of the week they will be able to set out.
[Hat Tip: Yaakov’s Newsvine]
Posted by yitz at June 07, 2010

OT but I watched a video on the IDF site idfnadesk.

People cheered as the IDF get off the last boat, the 7th one. Can you believe that even after 19 "activists" were killed those morons on the last boat still refused to port in Ashdod? The IDF towed them in.

You should listen to the audio. The IDF even offers them tea or coffee when they dock at Ashdod.


I was suprised that this boat was Irish.


Geez, are any countries supporting Israel:(


The IDF was soooo in the right and sooo reasonable.