Not Everyone With A Mouth Should Get Up To The Mic

This isn't just some rubbish. 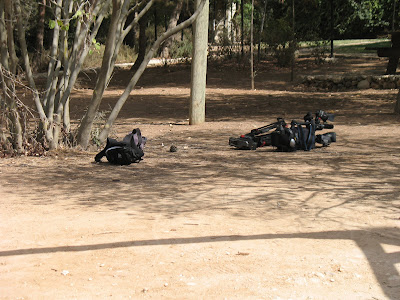 After my little "Prayer" at Tel Shiloh, I was interviewed by SVT, Swedish TV. 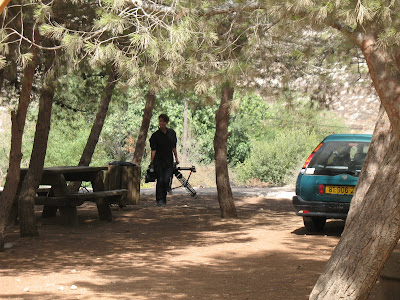 It has been a while since I handled an interview like that. Honestly, it felt good to be back in the saddle, trying to outwit a journalist, instead of teenage students.
Yes, "outwit." Journalists have agendas. There's no such thing as a totally objective journalist. They come with pre-conceived notions, a "penciled outline" how they want their program or article to go. They have to have some idea of what questions to ask to get the answers they want.
I threw her, yes it was a "her," for a loop. Not only did I refuse to answer certain types of questions, my number one piece of advice for interviewees, I told her, very politely of course, that one of her questions was immoral.

"Why do you insist on living in the West Bank?" sic
"Why shouldn't I?"
"But it's the West Bank."
"I consider your question totally immoral. Why shouldn't I have human rights? Why can't I live here? Can I live in any of the many Shiloh's in the USA or Sweden or New York? Why should a Jew be forbidden to live in our historical Homeland?"

"I know the technique you're using. As an English teacher I tested students for the Oral Exam in a number of high schools. Sometimes I had to reword the questions. I know what answer you're trying to get from me, and it's not my answer."

Afterwards I mentioned the interview to a neighbor:

Today especially, I'm glad that I had the chance. No, not for ego. No male would have been as tough as I was. The journalist and the photographer were both tall, nice-looking women. Men, no matter their ideology, would have tried to be "nice," or even flirt. I didn't have any of those agendas. I smiled and called myself, "just a grandmother," which I am.
Posted by Batya at October 07, 2008

That's great! Good for you!

Good that I directed her to you.

sounds like you did a great job! One of the biggest problems in interviews is the editing, which can, taken out of context, change anything....

Thanks to all of you.

My feeling afterwards was like after a good workout in the gym.

Now, if I could only get a job which would utilize those skills...