The New York Times--such a way with words 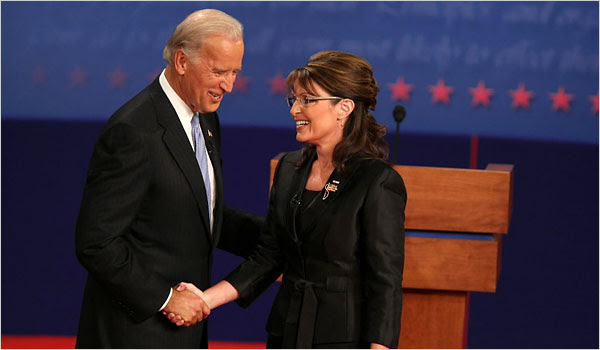 First I saw the New York Post, and they were full of praise for Palin after the VP debate with Biden. But that was expected. Then I read the New York Times:

...Ms. Palin exceeded expectations in this highly anticipated face-off, though those expectations were low after she had stumbled in recent television interviews. She succeeded by not failing in any obvious way. She mostly reverted to and repeated talking points, like referring to Mr. McCain as a “maverick” and the Republican ticket as a “team of mavericks,” while not necessarily quelling doubts among voters about her depth of knowledge.

Obviously it hurt them to say that Alaskan hicks may be smarter than NYers like to admit.
I'm finding this campaign very amusing, not that I'm planning on voting.
Posted by Batya at October 03, 2008