The polls and the big money are going to Obama, but it seems like middle America, that silent majority rarely heard in the media like Sarah Palin. 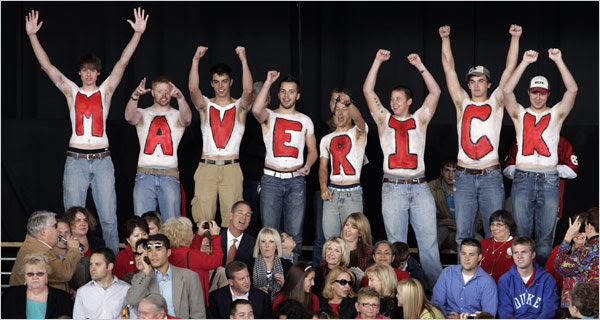 The media keeps hounding away that Obama's in the lead. If middle America believes them, loses hope and doesn't vote, then McCain loses the election. If they go out to vote in record percentages, then McCain has a good chance. Of course, the Electoral College distorts the popular vote.

The next big question is how many individual votes per Electoral College vote per state. It's not totally equal. Each state gets the total of their Congressmen and Senators. So, if that's the case, it takes fewer voters in the less populous states.

Add that into your computation.