"The penalty for failure is the privilege to fail again." 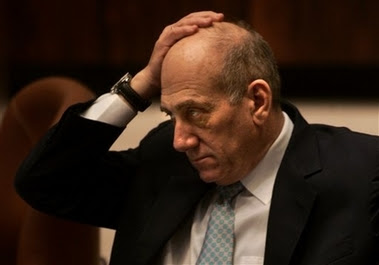 This is just TOO GOOD to ignore. Sarah Honig of The Jerusalem Post has a wonderful column called Learned Helplessness, and describes Olmert's reaction to the Winograd Report: 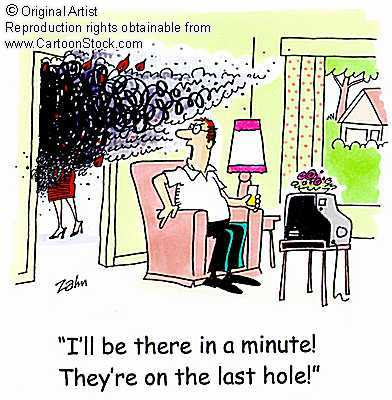 He is out to hoodwink us - his electorate. He is no different from the electrician who, after short-circuiting your bathroom and starting a fire in the kitchen, insists that he is the best qualified to rewire the entire house because he has become familiar with your circuitry like nobody else. Would you seriously let him in the door again?
Would a CEO who had just lost his company millions and left it teetering on the brink of bankruptcy be put in charge of its rehabilitation (because replacing him would usher in instability and, besides, he's familiar with its shortfalls like nobody else)? Would a coach who brought nothing but defeats to his ball club be rehired (just to avoid shocking the team and because he has become familiar with the players like nobody else)?
OLMERT HIMSELF wouldn't give the above electrician, CEO or coach a second chance. Yet he brazenly asserts that in statecraft the penalty for failure is the privilege to fail again.
Read the whole thing here.
Posted by yitz at February 10, 2008

You elected Olmert! In a democratic country, you have the responsibility to demand a political replacement ... but I'm sure you don't need me to tell you that.

Actually we didn't "elect" Olmert. In Israel you vote for party lists. Then the party with the most votes/seats tries to make a ruling coalition, with it's #1 as PM.

Thanks for your comment, Anon. I did not vote for Olmert & Batya explained how things work. I would say that Israel has a SEMBLANCE of democracy, but the system is quite corrupt, especially under Olmert.

Yossi Klein HaLevy, no great right-winger, recently wrote the following about Olmert:
"...he is the most inept and arrogant Israeli Prime Minister in the country's history...
"Olmert, neither founder nor hero, is the first professional politician to serve as Prime Minister. Yet, in resisting calls for his resignation, he is insisting on being absolved of the standards for personal accountability in war to which other Prime Ministers were held. Golda Meir and her defense minister, Moshe Dayan, were forced from office by an outraged public because of failure in the 1973 Yom Kippur War, while Menachem Begin and his defense minister, Ariel Sharon, were compelled to resign because of failure in the first Lebanon War in 1982. Olmert, though, sees himself as immune from such archaic values as personal responsibility. Even before the release of the final version of the Winograd report, Olmert had announced that he wouldn't resign no matter what the commission concluded.
Olmert's fatal flaw, and the source of his failure in Lebanon, is arrogance. No Israeli leader ever decided to go to war faster than Olmert did — in a matter of hours. And no Israeli leader was worse prepared: Not only did Olmert have no security expertise, but neither did his defense minister. The one member of his cabinet with top military credentials — former IDF chief of staff Shaul Mofaz — was serving as transportation minister, and Olmert didn't include him in his inner circle. Olmert failed to establish clear goals for Israel's counter-attack or to inquire whether the IDF had alternative plans. Olmert's policy was, in effect: Let's go to war and see what happens.
Israelis, who are repeatedly called upon to defend their country, have to trust their leaders' integrity. Even if Olmert has been vindicated of the accusation that he sacrificed 33 soldiers for personal gain, he remains the first Israeli Prime Minister widely perceived to place his own interests above those of the nation. Olmert still faces nearly a half-dozen criminal investigations and, according to a recent poll, is seen by Israelis as the country's most corrupt leader, a clever lawyer who's managed to keep one step ahead of the law. That perception could undermine morale in wartime. Israelis may well ask whether a leader who failed so miserably in war and then refused to take personal responsibility for that failure has the right to send their sons into war again."
These are indeed SERIOUS charges.