I was in Jerusalem today. I was wandering and waiting, and I don't have to blog in any more detail than that. Walking to the bus station to catch the bus to Beit El, I noticed a few signs: 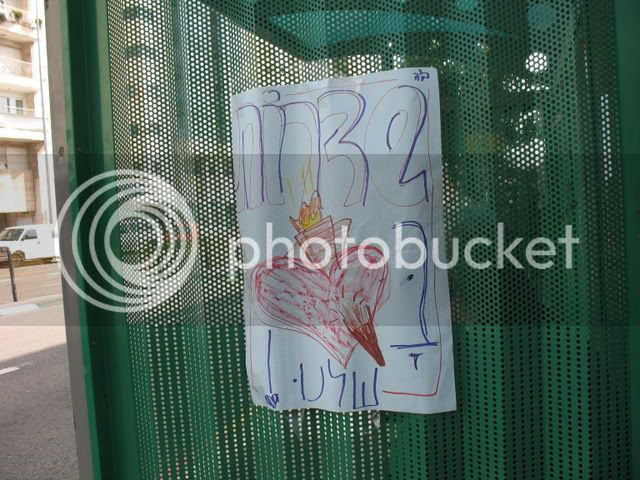 Yes, it seems that some group went around putting up I love you Sderot signs. 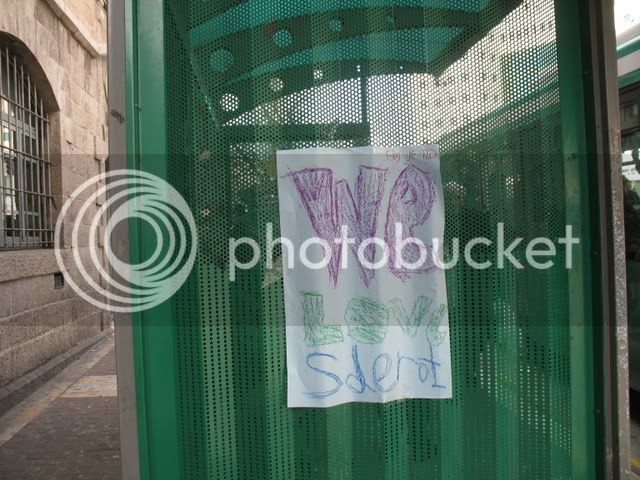 I remember announcements that a "pedestrian mall" was built on part of Hillel Street. Today was the first time I actually sat in the benches and really noticed it. 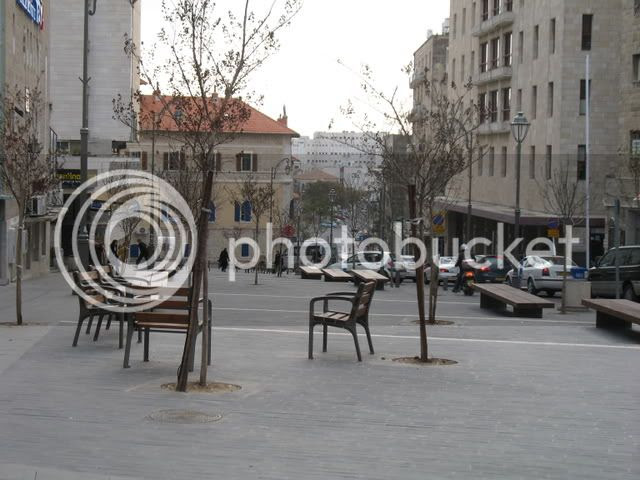 The benches are a strange size, big enough for two kids or anorexic adults or a very fat one. I'm pleased to say that I don't fill it completely. 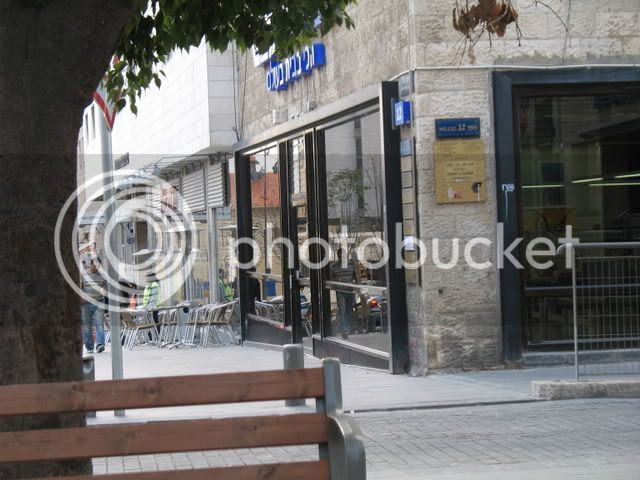 Then I had breakfast. 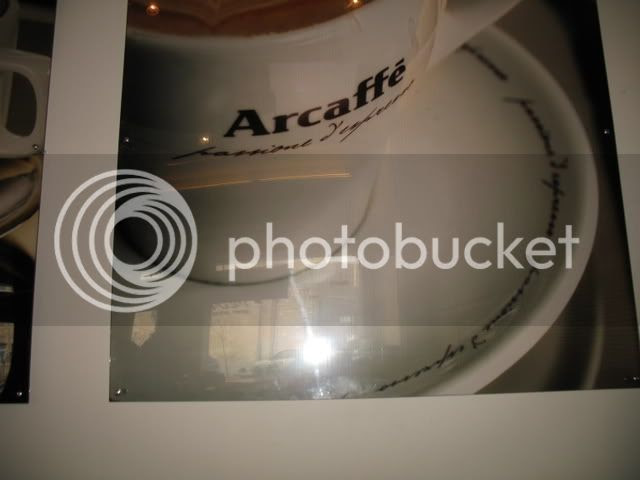 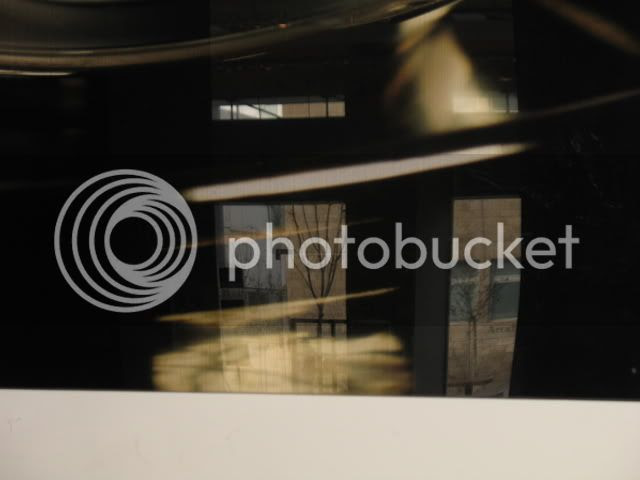 And I saved the best picture for last. Can you guess what I photographed? 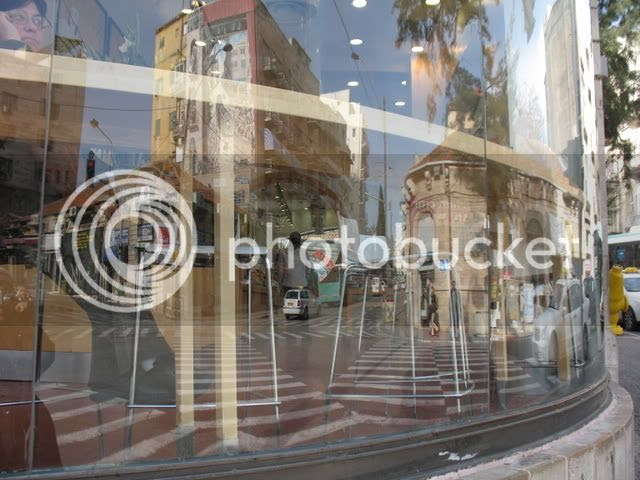 That last photo -- if I'm not mistaken, it's the store-front window of the Neeman Bakery at the corner of Yafo and King George (former location of Sbarro's -- the one that was bombed back in '01 [IIRC]).

("Oh, yeah, the such-and-such site, the one where there was that pigua" -- what a sorrowful way to note landmarks, eh?)

You got it right. Actually, before it was Sbarros, it was Weill Shoe Store. I bought lots of shoes there over the years. When it was closing, people came in crying saying they had been taken there for shoes as children and later took their own kids there for shoes.

leora, thanks so much