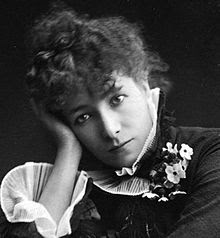 Maybe we should be shouting and condemning more than we do.  But really, why do we need to do a Sarah Bernhardt to try to get those who attack us condemned by the world?

NGO Monitor has  officially complained that the various human rights organization have ignored attacks against Israel.

Prof. Gerald Steinberg, NGO Monitor president, told The Jerusalem Post on Sunday that “instead of issuing a strong condemnation of the August 18 Palestinian terror attacks, Amnesty International’s statement draws a false equivalence between cold-blooded murder and self defense that targeted those responsible.”

It brings back Shylock's poignant cry:


To bait fish withal: if it will feed nothing else,
it will feed my revenge. He hath disgraced me, and
hindered me half a million; laughed at my losses,
mocked at my gains, scorned my nation, thwarted my
bargains, cooled my friends, heated mine
enemies; and what's his reason? I am a Jew. Hath
not a Jew eyes? hath not a Jew hands, organs,
dimensions, senses, affections, passions? fed with
the same food, hurt with the same weapons, subject
to the same diseases, healed by the same means,
warmed and cooled by the same winter and summer, as
a Christian is? If you prick us, do we not bleed?
if you tickle us, do we not laugh? if you poison
us, do we not die? and if you wrong us, shall we not
revenge? If we are like you in the rest, we will
resemble you in that. If a Jew wrong a Christian,
what is his humility? Revenge. If a Christian
wrong a Jew, what should his sufferance be by
Christian example? Why, revenge. The villany you
teach me, I will execute, and it shall go hard but I
will better the instruction.

Don't you realize the real problem in Israel is Glen Beck? That's all you've been harping on lately. What's up now? Oh...Muslims? Really?

"fed up," obviously you don't read my blog. I write about many other topics, primarily the failure of the Israeli Government to properly defend the country against Arab agression. You're focused on GB. I'm not.

You must be knew to her blog.