Did He? Didn't He? What Has Bibi Agreed to? 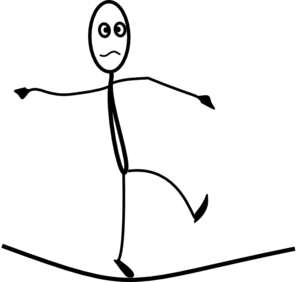 Arlene Kushner is having trouble accepting that Israeli Prime Minister Binyamin Netanyahu has caved in again.  Bibi has been falling off his tightrope over and over again.

In his quest to be perceived as "Center," rather than Right.  Netanyahu is endangering the entire country.

The world doesn't care if Israel ceases to exist, is G-d forbid defeated, conquered by its Arab enemies.  United States President Obama isn't an expert in World History. He is under the impression that Israel was carved out of a country called "Palestine," which then in 1948 ceased to exist. That's why he is so obsessed about the pre-June 1967 borders.

When Israel was threatened with extinction  in May-June, 1967 by Egypt, Syria and Jordan, the United Nations cooperated with our enemies and the rest of the world was silent.  Israel had no allies, just the prayers of World Jewry and the help of G-d Almighty.

Contrary to all expectations, not only did Israel survive the war, but within six days it had defeated three armies and found itself in possession of the Golan Heights, the Jordan Valley,  the Sinai and Judea and Samaria including what had been Jordanian Jerusalem for just nineteen years.

There is no reason for Israel to be under any pressure to give that land to Arabs.  According to all historic precedent and International Law, land held after a defensive war becomes the property of the victorious state.  The fact that the Jewish People have a long history connected to the Land only strengthens our rights to it.

No doubt that the State of Israel will thrive the minute we stop all this defeatist negotiation stance.  Let's just build our country!


Bibi, get off the tightrope and start being a Jewish leader, not a circus performer!

Neshama, in what sense? Who's going to have the last laught?