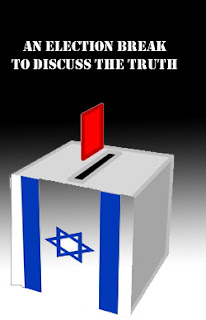 The staff and board members at JewishIsrael are Torah observant Zionists with a number of political views and preferences. We strive to address complex issues in an honest and forthright manner, which will appeal to all Jews regardless of political persuasion.

Although we regularly run critical reports on Knesset members across the political spectrum, we deliberately avoided commenting on the election.

However, we feel that the uproar caused days before Israel’s election over Israel’s Bayit Yehudi party’s candidate Jeremy Gimpel's remarks to a church group, recorded back in 2011, requires a truthful response, because all political sides chose to ignore what's most fundamentally wrong with that video clip…more 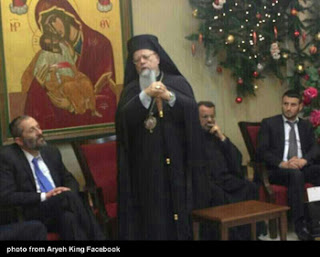 Bayit Yehudi came under a scathing and unfair attack by Rabbi Ovadia Yosef, spiritual leader of the Shas Party. Rav Yosef declared that  Habayit Hayehudi is "a party of goyim", a "home for non-Jews",  they uproot the Torah and that "anyone who votes for them is a heretic.”

This photo of Shas leaders with baby Jesus, Mary and a Christmas tree should perhaps signal to the good Rabbi that Jewish people in glass houses should be careful where they toss their stones.

JewishIsrael hopes and prays that Prime Minister Netanyahu will be able to form a government of strong Jewish leaders who will be good for the Jewish people, for Judaism and for the State of Israel....…more 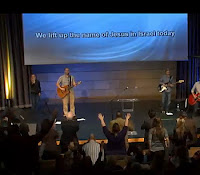 A highly publicized Global Prayer Initiative sponsored by "Convoy of Hope", in affiliation with "Assemblies of God", IHOP and other major evangelical organizations, culminated in calls from Jerusalem to raise the name of jesus over Israel. Although there were heartfelt prayers for compassion and work with the poor and suffering (which was the declared purpose of the world-wide event), the missionary agenda directed at Israel came through loud and clear. View video excerpts here

I don't want to say I told you so - but voting for a sectoral party not only wastes votes, its harms the Land Of Israel.

Moshe Feiglin has been vindicated. He will be in the 19th Knesset and as he has stressed, only a national party like the Likud is capable of uniting all the forces of the Jewish nation.

Had people who wasted their votes voted for the Likud, the three or four additional seats would have made an important contribution to strengthening the entire national camp.

There are some on the Right who still do not want to learn the lesson that ideological purity will not win them a single Knesset seat.

I'm remind of Aesop's fable that victory in race goes not to the swift but to the patient. And its the patient who endure in politics.

Norman, sorry, but Likud is Center not Right. Read the small print on the labels. All you got is more danger to the Land of Israel.

Batya, Norman knows very well that the head of the Likud is willing to lie down with dogs.

Religious Jews have totally lost it apparently. We can now add Avodah Zarah the the Shfi'chut Dahmim and Giluy Arayot that have become normative in Israel society.

If the Geulah is a reverse process, we should soon be back at Sinai - but first we need to go through a few golden calves apparently.