I Have My Doubts About The "Orange Camp" 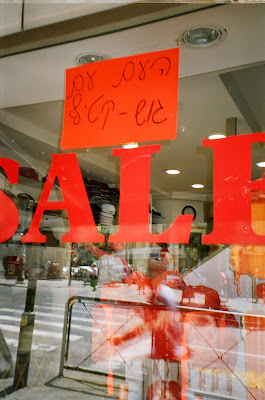 Where Has the Orange Camp Gone?


More important:
What exactly is the "Orange Camp?"
As a pragmatist, I need to fully define the term. Simply, I do understand it to mean those who opposed Disengagement.
So, if that's the case, who were its leaders? And please don't forget that Disengagement did take place. Gush Katif, Kfar Darom and northern Samarian communities were destroyed by the Israeli Government. Yes, that means that the "Orange Camp" failed.
Again, who led it? Were they independent activists, government employees, like rabbis, or both? Were they the Women in Green or Moetzet YESHA? 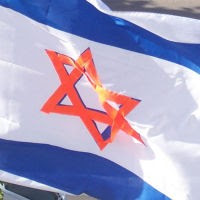 Yes, I'm repeating myself. They failed, and unless I missed something, they didn't apologize for that failure... whoever they are.
So, as far as I'm concerned, we're probably better off without them. We need a new leadership. Yes, we need leadership. I was so enthusiastic when the Ichud Le'umi, National Union got back together. But I don't understand why Hatikvah's Ron Breiman or anyone else should be so fixated on those who failed. Why should he have any expectations?
Orange is history. Those who led it didn't succeed in winning the hearts of the Israeli people nor the hearts and minds the Jews in the Diaspora. If they had, our IDF soldiers would never have cooperated with the army. They would have found themselves incapable of taking innocent Jews from their homes.
We're a People in search of leadership, inspiration and confidence in our National Right and Legitimacy. 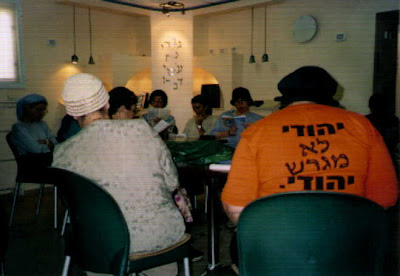 You are surprising me. The orange camp only got stronger after the expulsion and Amona. While beforehand we were relegated to getting led by MYesha, afterwards, MYesha's loyalties were revealed and now, besides that a real orange political party is in the Knesset, we now have a large collection of grassroots; Kommemiut, WIG, Homesh, Matot Arim, to name a few.

But nonetheless, (generaliztion follows) the majority of national religious live in the cities and are not activists for the Land of Israel. As long as they are going to read the tabloids an Ynet as well as watch TV, the orange camp will not strengthen too much.

In what way did it get stronger? It's ineffective.

Ahhh. That is the sad current truth. As long as 'orange' people read Ynet or the hard copy Yediot and Maariv, even Yisrael HaYom tabloids) and watch channel 1, 2, and 10 TV news as well as consuming general pop culture local and goyish, the orange leadership is neutralized.
When seemingly 'orange' people know what is happening on Israeli 'big brother' or 'survival' or 'the love beach' and/or watch the openly pro-Palestinian Yonit Levy read the news, the love for Eretz Yisrael is damaged.

What I should have wrote is that while in the past, we depended on the official orange camp (NY, Mafdal, MYesha), due to their unquestionable failure, several grassroots organizations have risen from the ashes. Frankly, I don't expect instant success, but we do see sparks of that such as the continued settlement of Homesh and the outreach that a few other Torani organizations are doing.

It's a slow process. Everyone can help it by getting their friends off the mass media.

Sorry, but I disagree. We won't get stronger by ignoring the world. That type of disengagement is bad, too.

It's not about ignoring the world, rather not letting the left brainwashing enter the home or our minds.

We only need to remember why MYesha lost the expulsion: They were so desperate (still are) to find a way to save face, to look good, to not let the media find an excuse to paint us all as rabid Kahanist settlers. This is documented.

On the other hand, who were commended for their bravery: the roof children in Kfar Darom who took a stand. They didn't care about their image and went on to suffer extreme libel about throwing acid on soldiers and being villified by apologist religious-zionist types.

The orange camp should not be supporting leftist media with banner clicks, page hits, subscriptions to daily tabloids, and filling up Friday on gas to get a free weekend paper. Instead, they should be giving more support and demanding kosher media. I really do not understand why Yediot is allowed to be read by religious people. It is full of sex, lies, lashon hara, anti-religious spite, and ignorance as well.

Maariv is about to go out of business, baruch Hashem. I'm sorry for the employees who might lose their jobs, but what can you expect for working at a treif company? We should not support it.

For sure we have to make inroads to take over the media, liberate it from the extreme looney left. The country is being brainwashed, and that includes many who consider themselves national religious.

Shalom!
Batya, most, maybe all, of the "leadership" didn't fail. They accomplished exactly what they wanted: sacrificing Gush Katif and four communities in northern Shomron in order to maintain the rest of YESHA, as if that was/is a viable plan. In light of that, in my opinion we CAN define the Orange Camp as anyone who opposed the expulsion. Who were the leaders? We didn't have any genuine leaders. That's why Israel lost valuable land, pride and the Arabs are even less afraid of us today then they were before the expulsion.
I partially agree with you that we shouldn't be fixated on who failed. We should concentrate on WHY the Orange Camp as a whole failed. The Orange Camp remains, we have a lot of work in front of us and we must learn from our mistakes.
Purim Sameah!
Hadassa DeYoung, K'far Darom/Elon Moreh

The rest of YESHA is even more in danger than prior to Disengagement, just like if Begin hadn't given the Egyptians the Sinai, there never would have been a Disengagement.