Marching Through The Land of Israel

Thanks to Yonathan Gormezano for these gorgeous pictures of this week's hike through Eretz Yisrael. These pictures were taken near Shiloh, Givat Achiya. 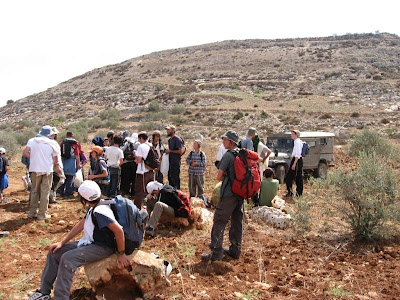 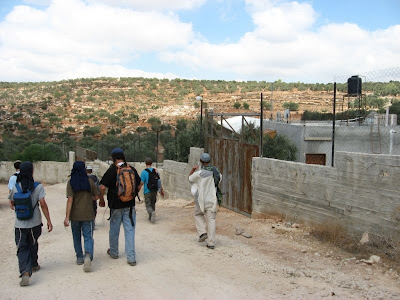 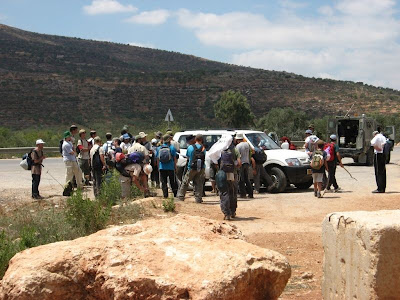 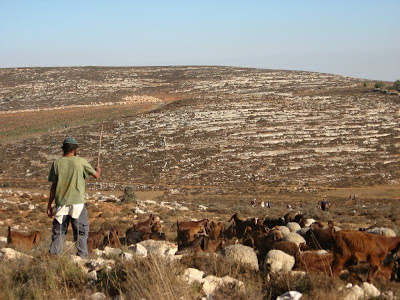 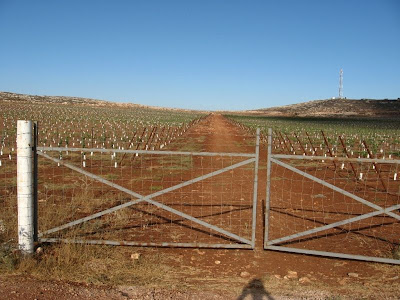 Veteran Eretz Yisrael activist, the tireless Daniella Weiss, has been inspiring the youth. She was in Shiloh last week to tell us about it. Near each stop, the neighboring yishuv has organized to provide the hikers with food, drink and other support.
Posted by Batya at July 30, 2008

The top-most picture was taken when the police tried to block us north of the Arab village of Otzrin, on the north side of the 505 (Trans Samarian) highway.

In the second picture, we managed to go past the blockade and went through an area where Jews seldom venture (the army only ventures there in the dead of night).

In the third picture, the army is trying (unsuccessfully) to persuade Daniella Weiss to stop the trek. The picture was taken on the the Trans Samaria highway, east of Tapuah, near the Arab village of Otzrin.

The bottom two pictures were taken near Givat Achiya, a huge area of Jewish agriculture.

Any pics of Eretz make me so homesick. Thanks.

yoni, thanks for the explanations

These kids are so wonderful! They call to mind the generation that grew up in the midbar -- not crippled by slave mentality -- that merited to enter Eretz Yisrael.

an excellent comparisan, maoz,
They were born after the Six Days War.