But Koufax’s decision instantly transformed him into an icon for Jewish sports fans. Even now, a half-century later and despite the fact that he wasn’t actually too observant, Koufax remains one of the American athletes most closely associated with his faith. (TIME)

I was surprised to find two articles in the International New York Times which were summarized in Algemeiner:Top Jewish Fashion Industry Figures Skip Milan Fashion Opening Over Conflict With Yom Kippur. A positive who's who in fashion missed Yom kippur and also Rosh Hashana designer grand openings.


The calendar clash between fashion week and Yom Kippur, the most important and spiritual day in the Jewish year, which began Tuesday at sundown, left a number of boldface editors and retailers missing from the front row. The international Vogue editor, Suzy Menkes, was not there. Neither was the editor in chief of InStyle magazine, Ariel Foxman, nor Jim Gold, the chief merchandising officer and president of Neiman Marcus. Also absent were Joan Burstein, the founder of the Browns boutique in London, and Carla Sozzani, the gallerist and 10 Corso Como queen, who opted out in acknowledgment of the importance of the day. NY Times

VANESSA FRIEDMAN: "Know this: I did not see the Gucci spring 2016 collection on the runway. Because of the clash with Yom Kippur, when the collection appeared on the runway (and was live streamed, for that matter), I was in a different place entirely."  NY Times

So, how accepted is it for ordinary Jews to take off for Yom Kippur and Rosh Hashana nowadays?

I have no doubt that it must be more difficult for someone who only observes Yom Kippur and Rosh Hashana than it is for those who have made it clear from day one at a job that they observe all of the Jewish Holidays, and even must leave work early on Fridays when Shabbat begins early.

I am glad that Koufax's legendary decision is still celebrated by American Jews and baseball fans all over the world. This year was the fifty year mark, and there were many articles about it. In none of the articles was there even a hint that was religiously observant or had ever made an issue of the Jewish Holy Day besides that time.

And I am very pleased that the International New York Times, not the most Jewish-friendly publication, devoted over half a page the story of the fashions leaders and reporters who favored Yom Kippur, Jewish observance, over one of the highlights of the high fashion calendar. 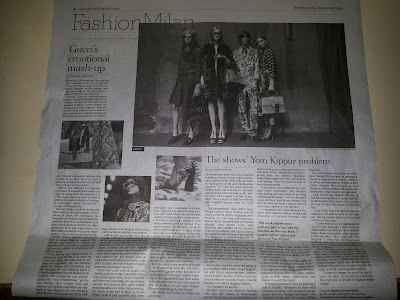 Just before Yom Kippur, I read an article in the Forward about Donald Trump's expecting another Jewish grandchild from his daughter Ivanka who had converted by an Orthodox Jewish Beit Din. She makes a point of letting people know that she and her family do live as observant Jews:


Trump doesn’t often speak about her family’s religious activities, but in a candid Vogue interview in February she confided that the family keeps kosher and observes the Sabbath, even turning off their phone for 25 hours.
“I always shied away from it being a public conversation because it’s such a personal thing. We’re pretty observant, more than some, less than others. I just feel like it’s such an intimate thing for us. It’s been such a great life decision for me. I am very modern, but I’m also a very traditional person, and I think that’s an interesting juxtaposition in how I was raised as well. I really find that with Judaism, it creates an amazing blueprint for family connectivity.”Read more: http://forward.com/the-assimilator/321463/make-trump-a-zeyde-again/#ixzz3ms69IFEE

I don't remember important/famous people being so public about keeping Shabbat and Jewish Holidays when I was growing up, and that, no doubt, is why the Sandy Koufax decision not to play in the World Series on Yom Kippur was so newsworthy then and still resonates.

It's one thing when school districts closed for Rosh Hashanah and Yom Kippur, because without the Jewish teaching staff the schools couldn't function. But here we're hearing of an "elite" not shying away from saying that Yom Kippur, and Shabbat for Ivanka Trump and family, are more important than their jobs. And for the New York Times to devote a good couple of column inches to it is sure a nice spiritual boost for the New Jewish Year of 5776.
Posted by Batya at September 26, 2015