Bernie Sanders and the Jewish Issue

Everyone who follows American politics knows perfectly well that a high percentage of Barack Hussein Obama voters chose him for one reason only:


"It's about time there's a Black man in the White House!"

Those voters honestly didn't care about his background, experience, platform etc. when choosing to vote Obama. And there are many Hillary Clinton supporters who are saying something very similar:

"It's about time there's a woman in the White House!"

So my question is:


Will there be any sizable number of voters saying  "It's about time there's a Jew in the White House?"

Do Americans want a Jew in the White House?


"Ninety-one percent of American voters say they're willing to vote for a Jew. Other statistics are less encouraging" (Salon.com) 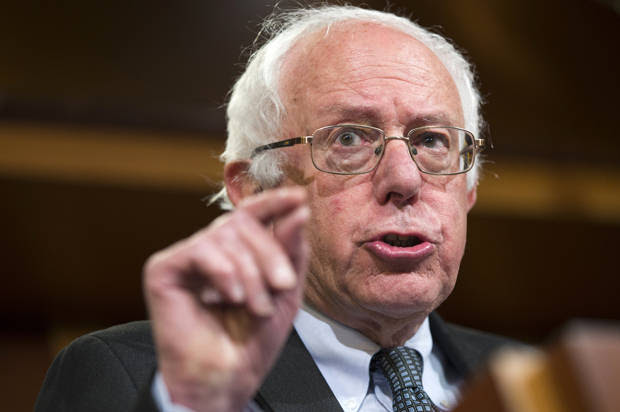 Will they really accept one? Or will they davka vote for the opposing party or not vote at all?


"Regardless of what the polls say (and respondents are always capable of deceiving pollsters, whether by lying to them or themselves), there are plenty of early signs that Sanders’s background will be used against him. Back in June NPR host Diane Rehm confronted Sanders with the charge that he was a dual citizen of the United States and Israel, a conspiracy theory rooted in a baseless online rumor and has its roots in the old anti-Semitic canard that Jewish politicians can’t be loyal to non-Jewish countries." (Salon.com)

I'm old enough to remember well the hullabaloo when John F. Kennedy, a Catholic, was nominated by the Democrats for the Presidency. Many were convinced that his religion, non-Protestant, would make him unelectable. It could be one of the reasons the popular vote between him and Nixon was so close. Or could Nixon's Quaker background have also put him to a disadvantage and therefore cancelled out JFK's Catholicism?


Carson received a barrage of backlash after telling "Meet the Press" on Sunday that he "would not advocate that we put a Muslim in charge of this nation." He clarified on Monday, saying that he would support a Muslim president -- if he or she denounced their religion. (HUFFPOST)

Remember that non-Blacks, (white, oriental etc) voted for Obama because of his color, but I can't imagine any non-Jew making a point of voting for Sanders because of his religion.

And honestly, I don't think that time will bring more political options/possibilities for American Jews. Due to assimilation the percentage of active identifying Jews in the United States will only decrease, and all population studies show that Muslims will increase. That will strengthen antisemitism. The "land of the free and the home of the brave" will never fully accept Jews to all echelons of power.
Posted by Batya at 7:58:00 AM

While I agree with you for the most part, the fact that Sanders is a socialist plays a BIG role in people not wanting to vote for him. Surprisingly, when a Jew ran for
Vice-president position, there were very few anti-Semitic remarks. However, I do agree that there is much more anti-antisemitism today - not just here, but all over the world.

i'm not Jewish, but i would vote for the Jewish guy, unless he was erev rav. Even then, if the other candidate was a crypto nazi, or something, i would even think about voting erev rav. i am not a feminist - and not American - but lets beat them at their own Heglian dialectics game. let's do vote in the miss Fiorina

Miriam I do not support Sanders because he is Left snd I am not.
Vincent there is no erevrav.

It is unfortunate that you think so little of Americans that they would elect a president solely on the color of his skin. It is also racist to state the Obama is unquestionably unqualified. Do you believe that Mitt Romney would have been the superior choice? Or McCain/Palin? As for Hillary, i wouldn't bet on it. If you don't like Obama just say so. Don't claim his presence is due to fickle Americans. Your assumptions are flawed. That aside, Sanders is not a Jewish candidate, he is a sane candidate. However, it will be a up hill battle all the way.

Obama was elected because of his color. That is the reason many gave in public to support him. He ran on "hope" not previous success and experience. He was the lesser experienced and qualified candidate. McCain and Romney had much more experience in government than Obama. Palin doesn't; her nomination for VP was based on her sex and good looks. Sanders is an extreme Leftists, which is not what I would want.