The recent uproar in the Knesset is no surprise to me.


Arab MK Attacks Labor Party: 'You Leftists Urinate on Us'
MK Zahalka surprises plenum with tirade against Labor's Stav Shafir; 'The right-wingers are much better than you!'

From my first acquaintance with Arabs to my most recent, it has been very clear that many Arabs prefer us, people like me and my neighbors in Judea and Samaria to the Israeli Leftists.

"The [South African] leaders of the movement were stunned to hear a Palestinian who says that Israel is not an apartheid state..." Eid said. "I'm opposed to the boycott because it only ends up harming the Palestinians themselves," he says. 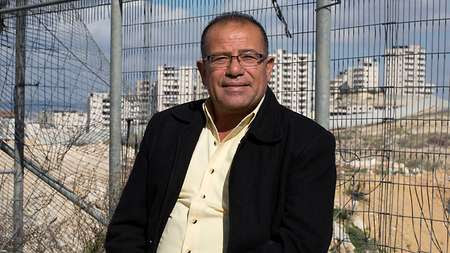 Ynet/Amit Shabi"Bassam Eid"From the Palestinian point of view, BDS gives the distinct impression that the Palestinian side has no interest in the pursuit of compromise, peace and the two-state solution; activists have managed to block attempts at dialogue between ordinary Israelis and Palestinians in Ramallah and East Jerusalem.
From an economic standpoint a boycott of West Bank's settlement businesses ends up hurting the Palestinians who are employed by those companies. (I24NEWS)

I work with Arabs, and many of my customers in Yafiz, Sha'ar Binyamin are Arabs. If they didn't want us here, they'd be boycotting Rami Levy and Yafiz. But the truth is that they are loyal workers and customers and want us here.

Many times I've heard that Arabs prefer our honesty to the Left's fake friendship. We all know that one of the main reasons that the Left wants to get Judea, Samaria and the Jordan Valley out of Israel is to reduce the Arab population.
Posted by Batya at September 08, 2015

Many places that Jews live on sites of former Arab villages, were in fact Arab villages built on top of former Jewish villages vacated after the Roman and Ottoman invasions.

That is vety true.

Is there a left or right? They are one and the same, playing two roles to show how democratic they are. When they get in office, they are all left and it's not that either one cares for the 5th column within, but they have outsiders to appease and the religious Jews to fight, so Israel shouldn't be a 'real Jewish' state.