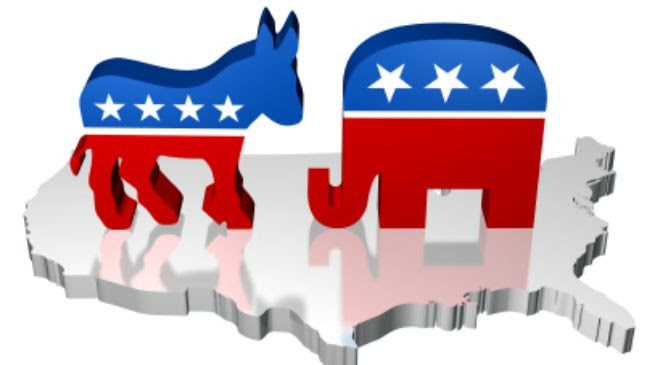 This upcoming United States Presidential Elections is the most peculiar I can remember, and I have been following them since I was a kid well over half a century ago. Yes, I'm old! And to continue in honesty mode, I have no doubt that things will get stranger and change even more with time.

Since I was a kid I've wondered why American lawmakers hadn't yet deleted/gotten rid of the Electoral College which is a bureaucratic dinosaur and inherently antidemocratic.

How is it possible for the electoral vote to produce a different result than the nation-wide popular vote?It is important to remember that the President is not chosen by a nation-wide popular vote. The Electoral College vote totals determine the winner, not the statistical plurality or majority a candidate may have in the nationwide popular vote totals. Electoral votes are awarded on the basis of the popular vote in each state.
Note that 48 out of the 50 States award Electoral votes on a winner-takes-all basis (as does the District of Columbia). For example, all 55 of California’s Electoral votes go to the winner of the state election, even if the margin of victory is only 50.1 percent to 49.9 percent.
In a multi-candidate race where candidates have strong regional appeal, as in 1824, it is quite possible that a candidate who collects the most votes on a nation-wide basis will not win the electoral vote. In a two-candidate race, that is less likely to occur. But, it did occur in the Hayes/Tilden election of 1876 and the Harrison/Cleveland election of 1888 due to the statistical disparity between vote totals in individual state elections and the national vote totals. This also occurred in the 2000 presidential election, where George W. Bush received fewer popular votes than Albert Gore Jr., but received a majority of electoral votes.

The only reason it's still on the books is that the younger generation are too busy with the small details to see the larger picture of American Government. There are two very serious problems with the Electoral College:

Some years, it doesn't matter, because there's no real difference between the candidates, and there is a large difference in their voting numbers, which coincides with the Electoral College count.

So far, in this 2016 campaign for the presidency, there have been nothing but surprises. Old time political hacks seem to be losing their jobs. The state primary system has given a new power and energy to ordinary citizens. How else can one account for the fact that the most unlikely of the wannabes are leading the polls or doing so much better than could ever have had been predicted?

Davka, the Republican Party has two non-politicians in the lead, Donald Trump and Ben Carson. In the polls, at least, the citizens are sure ignoring the standard conventional politicians. If you think that a successful businessman and media personality like Donald Trump doesn't have much in governing experience, even though running successful businesses and projects does require strong administrative skills, what does being a retired neurosurgeon like Carson have to qualify himself? And do still call the Republicans "conservative?" The Democrats have sure embraced a dark horse with two seemingly problematic identifying characteristics, though Bernie Sanders is not really leading the polls. One is that Sanders is Jewish and the other is that he comes from the more extreme Left or Liberal side of the Democrats.

The experts didn't predict this at all.
Posted by Batya at September 07, 2015

To many of us, those two problems with the Electoral College are features, not bugs. We like them.