The Pollard "Distraction," Will Obama Free a "Loose Cannon?"

If Jay Jonathan Pollard has any of his guts and principles left, I don't think United States President Barack Hussein Obama wants him free to talk. Honestly, I don't know if President Shimon Peres and Prime Minister Bibi Netanyahu want him free in front of a microphone either.

I really feel sorry for poor Pollard. He made a very dumb mistake, illegal to boot, thirty years ago, and he has been paying through the nose ever since. 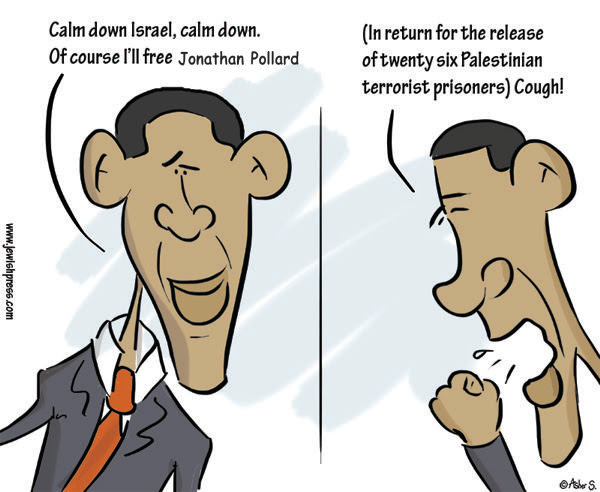 Every once in a while the Israeli media teases us with possible scenarios that Pollard will be released, and then nada, nothing. This week there were rumors that Obama and Kerry would use Pollard to pressure Israel into releasing convicted Arab terrorists-who were convicted of murdering Jews, a bitter pill the Americans thought would be more easily swallowed if they could distract us with a freed Pollard.

Now, the news says that Pollard's still in jail with no sign that he's any closer to being released.


Days ahead of Israel's expected release of a fourth batch of Palestinian prisoners, the United States said on Wednesday it was not at the moment planning to release Israeli spy Jonathan Pollard in exchange for Israeli and Palestinian moves to extend peace talks.
"There are currently no plans to release Jonathan Pollard," US State Department spokeswoman Jen Psaki said in response to an Army Radio report that claimed Washington had made the offer to free Pollard in order to salvage negotiations. 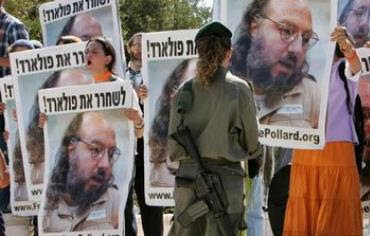 I have no inside information, but I can imagine that if he'd been interviewed as part of being prepared for release and asked if he would be silent, he'd say "no."

If the successive Israeli governments, ever since Pollard's arrest, had really wanted him in Israel, they would have made strong demands on America, and I think that he would have had been released years ago. It looks like both governments are intentionally waiting too long.

A lot of Pollard's supporters are on the Right of the Israeli political spectrum, and that's why Bibi is afraid to have him free in Israel or any place.
Posted by Batya at March 26, 2014

This post has been included in this week's edition of the Haveil Havalim Jewish-Israeli Blog Round-up!