As I type I'm listening to the radio to find out the instant, ok almost instant results of the Likud Primaries.

We're hearing all sorts of interesting news.  The latest scream I screamed was because the report is that Tzippi Hotovelli is the woman who got the top votes. 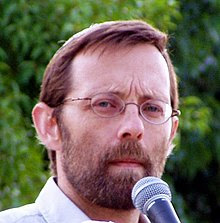 Earlier there were reports that Moshe Feiglin made the top ten, though nothing is 100% at this point. That's for tomorrow if ever. Now, they're saying that he's closer to number twenty.  As I listen his name seems to be lower and lower.

It looks like two "Herut princes" (second generation Revisionist leaders) Benny Begin and Dan Meridor got low votes and have very small chances of getting into the Knesset.  Each was for different reasons, but the one thing in common was that they're not in tune with Likud members.

Begin had been riding on his father's name and sentiments for years, but has been a disappointment for those who wanted the strong ideology he was once known for.  Dan Meridor has been at the Left of the Likud for years and has not real support.

Now, the big question is how much power will Bibi Netanyahu give to the pro-Jewish Rights in the Land of Israel, like Danon, Hotovelli etc who have done well in the primaries?  Will Bibi do his usual and give them some cabinet portfolio, a muzzle on the mouth and a noose around the neck?  Bibi is very good at that.

So, now the next stage is the important one, Knesset Elections.


11:07 PM Preliminary results in order of number of votes (not final)

I was hoping to see Moshe Feiglin end up a little higher on the list - No. 1. No, that was just wishful thinking. Hope he's not maneuvered out again. Jean-Georgia

i too had hoped and prayed for moshe feiglin.

a, 10, Bibi will first campaign as if he's happy to have Feiglin and Hotovelli in good spots and then he'll do his best to nutralize them. The question is whether the Right wingers will know how to resist temptation of a cabinet post which will restrict their power and right to say and vote the Right way.