I'd hate to think that Likud members are stupid.  My regular readers know that I mumble/criticize democracy as the rule of idiots.  It's  a risk for sure when just anyone can vote regardless of his/her knowledge or comprehension of the issues.  Call me what you want for saying this "out loud;" I don't care.

Apparently, Prime Minister Binyamin Netanyahu is hoping for good weather, because all political pundits know that difficult weather holds people back from voting.  The more ideologically dedicated people are, the more they're willing to "suffer" to vote.  That's another meaning of "fair-weather friends."


Forecast for rain has Netanyahu supporters worried, because Feiglin supporters are more dedicated.

Bibi is loyal to Dan Meridor, but Dan Meridor isn't loyal to the ideology that most Likud voters and party members subscribe to.  He has been out of step for a very long time and shouldn't be returned as a Likud MK.

To be perfectly honest, I don't think that Bibi is quite in step with most potential  Likud voters.


Prime Minister Binyamin Netanyahu called on the Likud’s 125,351 members to vote in Sunday’s tight primary race, while activists released lists of recommended candidates in light of Operation Pillar of Defense and the security situation in the South.
“I call on you to come vote for the Likud candidates in the next Knesset,” Netanyahu said in a prerecorded call to party members. “In this primary, you will choose the country’s leadership in the coming years. Come influence, decide and vote.” (complete article)

It's davka the timing of the cease fire that will effect the Likud Primaries more than anything else.  We all know how short the public's memory is, but considering that the IDF reserve soldiers have barely unpacked their bags and their laundry may not yet be dry from their week's wait for action... I have a feeling that more Likud members than ever will be checking recommended lists, like I did, to get guidance re:whom to vote for.

My neighbors, Mateh Le'umi Likud activists, Shevach Stern and Natan Engelsman have been working day and night to contact all possible Likud member voters.  I hope to hear form them soon about a name to substitute for Yuli Edelstein, because I don't want to vote for Edelstein.  Esser Agaroth has revealed that Edelstein is one of the pro-Christian  politicians. Another problem in the Christian support group is Danon....

As you probably know by now, I support Jewish-Israel, which is a group that outs Jewish and Israeli leaders whose support for Christian groups crosses the line.


We at JewishIsrael understand that this is a time of existential danger and - for many - spiritual confusion. We acknowledge that there are certain rabbinic and community leaders in Israel and America who attribute the current outpouring of fundamentalist Christian support for Israel to a prophetic era of apocalyptic change. We must remind them that regardless of one’s worldview, we Jews are obligated to hold our spiritual and physical ground and there is no rationale for breaking halachic fences, blurring lines, and jeopardizing or compromising the Jewish faith by openly embracing and encouraging evangelical designs for Israel. (About Jewish Israel) 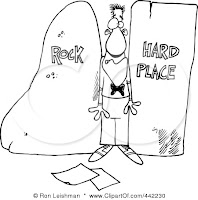 That's why you will find posts and messages from Jewish Israel on this blog.  As I write this, I'm trying to find out what other names to vote for.  Since Edelstein isn't the only pro-Jewish Life in the Land of Israel with very strong Christian ties.  I feel like I'm between a rock and a hard place, as the saying goes.

For purists like myself, this won't be an easy decision.

Frequent commenter "shy guy" just reminded me that the Mattot Arim and Feiglin lists aren't the same.  This is confusing.  I'll have to get a new, cleaned up list from my Shiloh people who run המטה הלאומי.
Posted by Batya at November 25, 2012

I have not been out voting yet. Going soon.

I do not have the Manhigut list but I can tell from looking at Matot that, while the logic and the good intentions are all there, the reality of who to vote for to bolster Manhigut requires a different list.

The Morality of Flattery and Christian Zionists.

Just because Danny Danon is good friends with Glenn Beck does not make him a danger to the State or to Jewish souls. Just make it known to Xtians who support Israel that there can be no evangelizing in the public squares of Jewish towns and cities. First violation: Overturn their tables and throw away their literature. They are used to believing in people as Messiahs who overturn tables and generally disrupt business. 2nd violation: Put them on a one way flight back to where they came from on the charge of violating their Visa.

Glenn Beck is not looking for a bank of Jewish souls to become latter day saints. Just tell Pastor Hagee about the red line, and he might try to evangelize in a Muslim city. Good luck on that one. The Arabs will decapitate the evangelizer.

Also one can also say thank you to a Xtian Zionist without engaging in flattery. Recognizing human decency is a good thing. We don't need Glenn Beck to love us. But a simple thank you to him will do.

The question in the End will be does their human decency transcend their eschatology. In the case of many Xtians, it really does. Just set the red line of not evangelizing in public Jewish places, and those who love us as Jews will stay with us, and those who would rather that we be Xtians will go away.

looks like it does not matter. Presto Bibi pulled a 2nd day of elections out of his magic hat. He even made it look legit. because Yesha polling places did not have the computer glitches, but abra kadabra, a 2nd full day of voting has been added to what was supposed to be a one day election. So now they are busy counting the sub-totals, now that all the committed Feiglin voters have already voted. And enough party hacks and paid patronage party guys can leisurely walk to the polls during the long day tomorrow and pull the lever for HaNegbi, Meridor, and Eitan. We've been had. I have never until now seen an election that was supposed to last one day suddenly last for two days. But we are in the Land of miracles. Anything can happen.

We have one saving grace. Binyamin unlike his brothers was never kissed by Lavan. So his brothers were more deceitful than he could ever be. They grew up in Lavan's house under his influence. Perhaps Moshe Feiglin can out deceive the deceiver.

There were computer glitches all over inclding YESHA. But that's not a good excuse to extend polling a day.
The Mattot Arim list including MK's only not potentials. So one has to delete and substitute.

I guess Dov will next be expounding upon how HE has a direct morse-code-line to G-D, such that Dov will be the one who decides who is a Jew.

Why do I have this feeling that the THIRD step will be Dov demanding a taxpayers-funded budget to support his salary
(maybe some Vovlvos also?) as maintainer of the purity and continuity of his Morse-Code-line?

Ok, I call your bluff. I will propose a law that they get the death penalty for evangelizing in public.

The flip side of the coin is.... Dov gets the death penalty if the Courts make a determination that Dov made a false accusation of such activity.

Or does Dov only want his hunting license when the deers and the elks are dis-armed?

Which Notzri member of the חטיבת הצנחנים (there's many of them) are you gonna pick a street-fight with first, Dov?

God is on your side, so I guess you wouldn't need to worry about having your ass handed to you, Dov.

Alan, you're crossing the line. I have no tolerance for the gutless or don't reveal who they really are and just insult everyone else. You must be hiding some very dirty secrets. Too much of your true self is showing.