It's hard to decide what has me more upset this morning.  There are three articles/subjects vying to get top billing in this post.

Let's start with the antithesis of Harry Truman, no other than former Prime Minister Ehud Olmert who has made it legally clear that the buck stopped on his assistant Shula Zaken's desk has me double-fuming.  I don't know what ticks me off more, Olmert's chutzpah or the judges who agreed with him.

In its verdict, the three-judge panel unanimously accepted Olmert’s defense that he thought his private trips were paid for by frequent flyer miles, and not via a Rishon Tours slush fund. The judges said there was no evidence that Olmert methodically took the leftover money from double billing groups for other trips abroad.

“The evidence did not prove beyond a reasonable doubt that [Rishon Tours] received money for Olmert,” Judge Musya Arad said of the Rishon Tours verdict.

Olmert’s assistant, Shula Zaken, however, was found guilty on charges of fraud and breach of trust in the double billing affair. She had maintained her silence under questioning over the affair. (complete article) 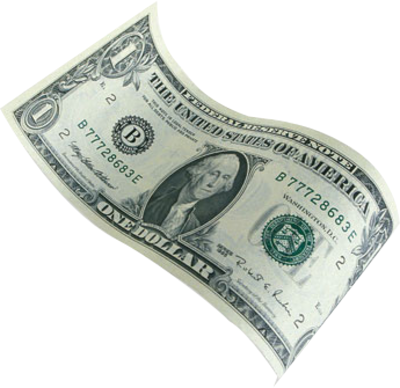 Why didn't Zaken testify to defend herself?  The judges accepted a situation that makes no sense.  Who gave the orders to Zaken? There's a "buck" flying out there.  Who's going to stop it and take responsibility?

The next awful bit of chutzpah is, davka, by an MK I had voted for, Ketzele of Ichud Le'umi, National Union.  Two clarifications first:
I've been voting for and supporting the NU since before Ketzele swooped down and took top place adding a bit of energy and charisma to the package.  Ketzele's previous position was working for the Rabbi Melamed of Beit El.   For many many years I'd hear of his legendary exploits as fund-raiser and project promoter.  Since charisma has been sorely lacking in the Ichud Le'umi, and the NRP is staid and has its own rabbis, I wasn't surprised about the "match."

Being that Ketzele is a devoted chossid to Rabbi Melamed, and I'm not, there was always a fear in the back of my mind that Ketzele had been planted in NU, sent on a "mission" by his Rebbe.  And now the cat's out of the bag, so to say, because Ketzele is presenting Rabbi Melamed's "we have a price" law to the Knesset.  I 100% 1,000% oppose it!  Ketzele does not have the support of his party.  He's acting as an agent of Rabbi Melamed, chutzpah!

And the last bit of chutzpah for the day is well-described in Ruthie Blum's article, Talia Sasson's chutzpah .  Talia Sasson and Peace Now consider themselves the experts in Israeli Law and morality.  They are having very public fits that a government commission came to the opposite conclusions of their extreme ideology.

Peace Now director-general Yariv Oppenheimer — like a true rebel-robbed-of-a-cause-by-reality — put on his best pout-face for the TV cameras when asked about “The Report on West Bank Settlements,” commissioned in January by Prime Minister Benjamin Netanyahu.


Oppenheimer accused the committee appointed to investigate the legal status of unauthorized Jewish building in Judea and Samaria of having a political agenda — you know, a right-wing one.


His indignation over the 89-page document — prepared over the past six months by former Supreme Court Justice Edmund Levy, former Foreign Ministry legal adviser Alan Baker and former deputy president of the Tel Aviv District Court Tchia Shapira — was nothing compared to that of legal eagle Talia Sasson, however. And it’s no wonder.


Sasson is the author of a similar report conducted in 2005 at the behest of disengagement Prime Minister Ariel Sharon. Her findings, however, were the opposite of those handed over to the government this week.

The Government Report, clearly explained in English by Arlene Kushner, makes it very clear that there's nothing illegal about the Jewish communities in the Lands liberated as a result of the 1967 Six Days War.


The total chutzpah of the Left in their pseudo-intellectual-academic posturings and demands that the infinitesimal eighteen years from the Israeli Independence War cease-fire agreement to the 1967 Six Days War should be the dominant "reality" of Jewish Land Rights has no basis legal or otherwise.
Posted by Batya at July 11, 2012

Ehud Olmert is one of the most corrupt people Israel has ever produced. In Tuesday's verdict, Israel's branja took care of one of its own. The court's verdict wasn't that much of a surprise. Olmert deserved to be locked up!

Edmond Levi is one of the judges in Israel who is not a judicial activist. This is why the Israeli Left hates him. And he is not likely to be forgiven by the branja for confounding the accepted political correctness regarding the settlements in Israel.

Israel can survive its fools and mediocrities - including Talia Sasoon and her fellow comrades in arms Michael Sfard and Yariv Oppenheimer. Yup, the revanants make the establishment of a Hamastan in Israel impossible. There are lot of people in Israel who have learned nothing from the Gaza Expulsion. They must be thwarted.