Is The Attack on Israel's South Related to the Rioting (No, Not Uprising Nor Demonstrations) in Egypt, Tunisia etc? 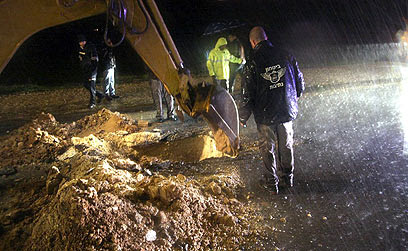 Last night the Arabs attacked Israel by launching a grad rocket at the Netivot-Ofakim area in the south.  Yes, this does happen periodically, but considering the growing instability in the Arab world, we must stop treating these attacks as harmless annoyances.  There's nothing harmless in the attacks.  G-d has been very good to us by miraculously protecting innocent Israeli civilians, but the potential for tragedy is still very great.  We mustn't take for granted that there always will be a miracle to reduce casualties.

This is only the beginning no doubt.  At least I have no doubt about it.  The resulting fall-out will be massive, affecting the entire world, security, economically etc.

And I have absolutely no doubt that United States President Barack Hussein Obama, raised on his mother's la la Leftist and internationalist ideology hasn't a clue.  His statements make him sound like some middle-aged pre-school teacher trying to get two little kids to kiss and make up.  This isn't a fight over a piece of lego or who will be first on the slide.
Posted by Batya at February 01, 2011

" His statements make him sound like some middle-aged pre-school teacher trying to get two little kids to kiss and make up."

We have a POTUS who behaves and makes decisions like a inept college boy. He hasn't got a man-bone in his body. All his decisions are. " Okay now, let's be civil with one another...yippee let's go golfing and out for ice cream!

Michelle is the "man of the house." She seems a lot tougher.