This is our Land; it's that simple.

From ancient times until today, only one People, one Nation has been independent and sovereign in this tiny portion of the world. 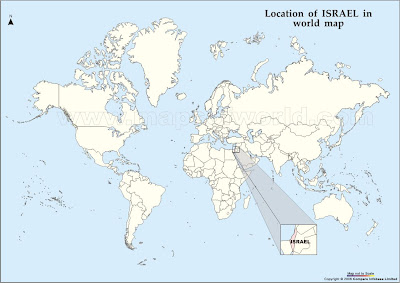 Other nations ruled as invaders, conquerors. But no other nation, no other culture and no other religion ever established an independent country, nor has survived for thousands of years in exile, praying, dreaming to reestablish itself.
The Chanukah holiday commemorates our survival against all odds. That is the message of the Holiday. No matter who are enemies are, no matter how powerful our enemies, we will survive and be victorious.
The world may belittle, mock and condemn us, but our young, modern, fearless pioneers are the Yehuda Maccabees of today.
The Mitzvah, the commandment is to publicize the lighting of the Chanukiya, Chanukah Menorah (candelabra.) In some societies, even lighting it in secret endangered the Jews. And there are still countries in the world in which being Jewish is a crime.
The hypocritical US President Bush and Secretary Rice are doing everything they can to establish another country in which it will be a crime to be Jewish. Today in most Arab countries, Jews are forbidden, aren't welcome. And if by chance they do enter, they cannot live as Jews in any way. The Pseudistinian state which Rice, Bush, Blair ad nauseam dream and conspire to establish will be another of those juden rein states. Human and civil rights for Jews would be forbidden there. Actually, even today, the world condemns us for living. They condemn us for building, while at the same time Arabs build mansions.
Look at the names of the cities in Judea and Samaria, and you will see how they're connected to Jewish History. Our history began long before the Europeans came to the "Americas," and we will still be around when the United States is long gone.
Chag Orim Sameach
May you have a joyful and enlightened Chanukah