An evening with legends...

Last night we attended the opening of the movie documentary, Laura Bialis's Refusenik, at The Jewish Film Festival, Jerusalem Cinematheque.

My husband's report is here.

Where and when did my journey into full-time Jewish Life begin? It's hard to say exactly, but no doubt it began when first I heard about the plight of Soviet Jewry, as it was described in the early-mid 1960's. It must have had been mentioned at some NCSY event, because that was my Jewish connection of the time.

I was forbidden by my parents to attend the very first Soviet Jewry demonstration, in 1964. They were afraid I'd be arrested like my neighbors' son was at a Civil Rights one. During the year between the first and second SSSJ demonstrations, I became one of the "activists," doing my best to publicize the difficult situation of Jews in the USSR. The Soviets had closed the synagogues and refused all Jewish education and religious practices.

The following year, I was at the demonstration, and not only became a "regular," but I was even on the steering committee of SSSJ, the Student Struggle for Soviet Jewry, the most active youth group for Soviet Jewry on the east coast of the United States, until our aliyah to Israel in 1970. Glenn Richer and Jacob Birnbaum were our leaders, and we struggled to find very clever gimmicks for successful, well-publicized and orderly demonstrations.

We were still in New York and about to get married, when the Jewish refuseniks were arrested, June 15, 1970, for planning to hijack a plane and we were amazed and heartened by the first large wave of Soviet Jewish immigrants, which began arriving around the same time we did, in the fall of that year.

In the mid-1970's, we did Jewish youth work for Betar in London and befriended Barbara Oberman, a founder of the 35's and family and George (z"l) and Rosaly Evnine. We were back in the loop of the Soviet Jewry Movement. Soon after my husband and George traveled to Moscow to meet the refuseniks, one of them, Anatoly (Natan) Sharansky was arrested, and the London activists were very involved with Avital's struggle to get her husband released.

A few weeks ago, Glenn Richter visited with AFSI, and he said that I must go to the opening of the documentary. I told Barbara, and we were all there together.

The movie was excellent, though of course there were people who should have had been included, most notably Geula Cohen, who was the very first Israeli to support and embrace the movement to free Soviet Jewry, and Rabbi Kahane, who undoubtedly drew much public attention to their plight. One very reassuring thing for me was that although, it was publicized as documenting the struggle from 1967, it showed activities from before. Credit should be given to the Israeli Government, which made an effort to contact Soviet Jewry during the short window in time, in which there were diplomatic relations between the two countries. I was glad to be reminded of that often forgotten fact, included in the movie.

Here are some pictures. With the obvious exception of the one in which I appear, taken by my husband, I photographed them all. 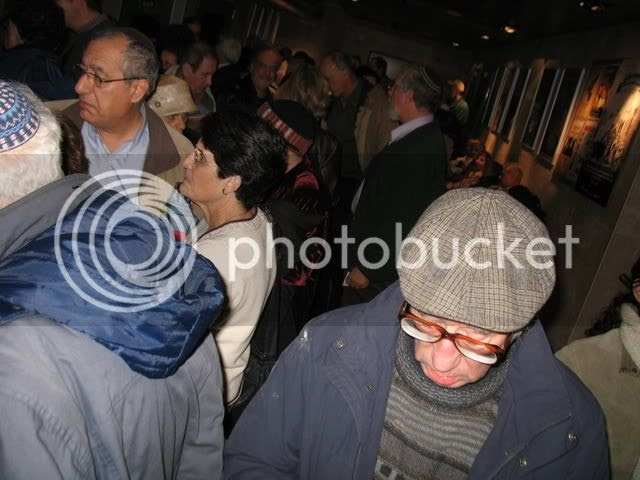 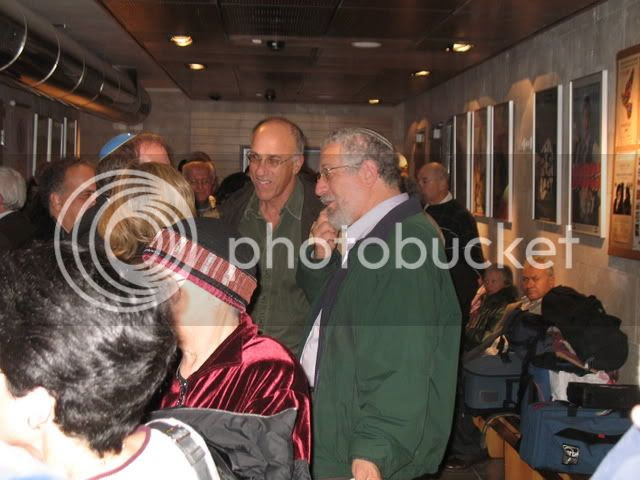 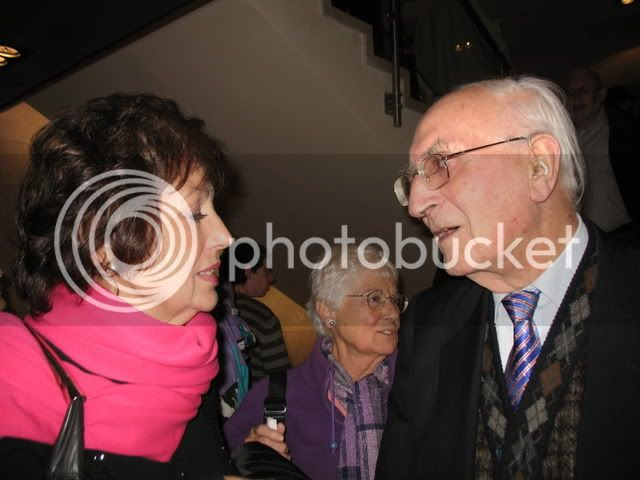 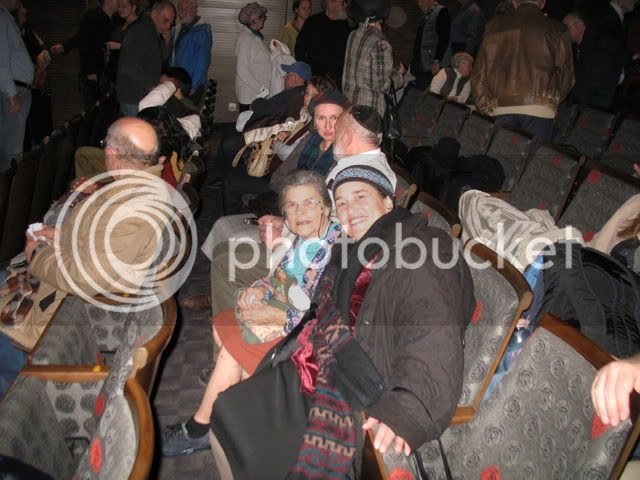 Rosaly Evnine and I 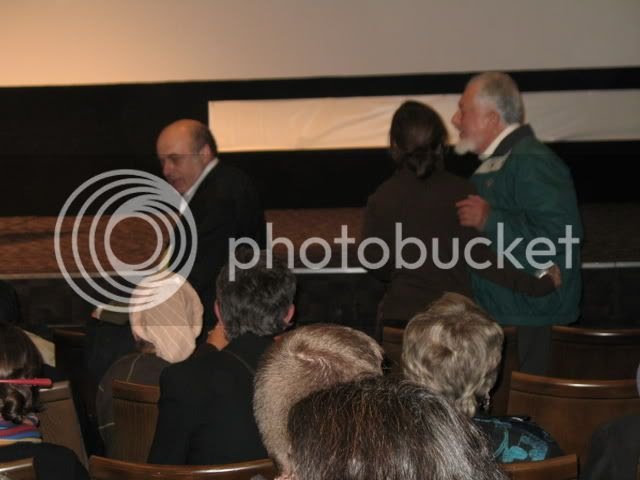 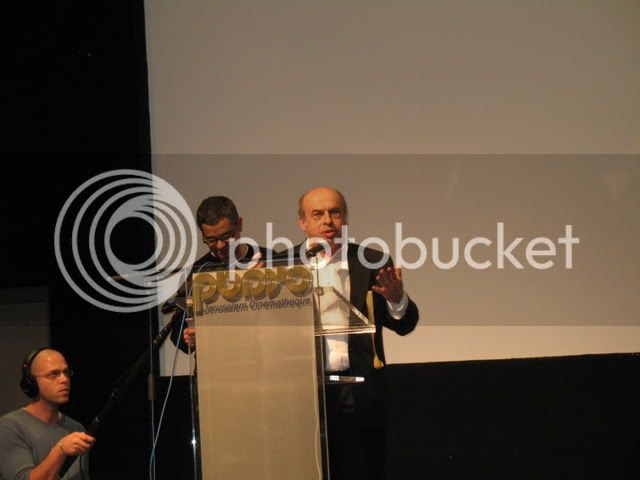 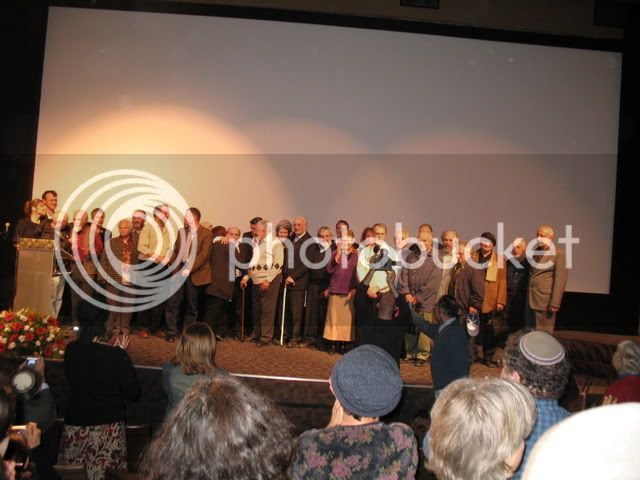 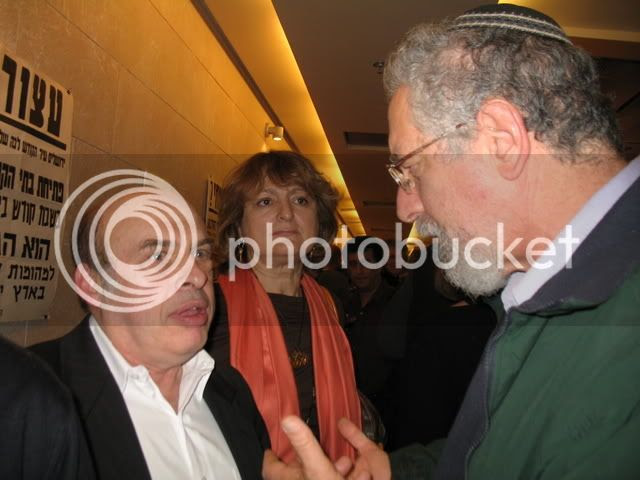 My husband and Sharansky 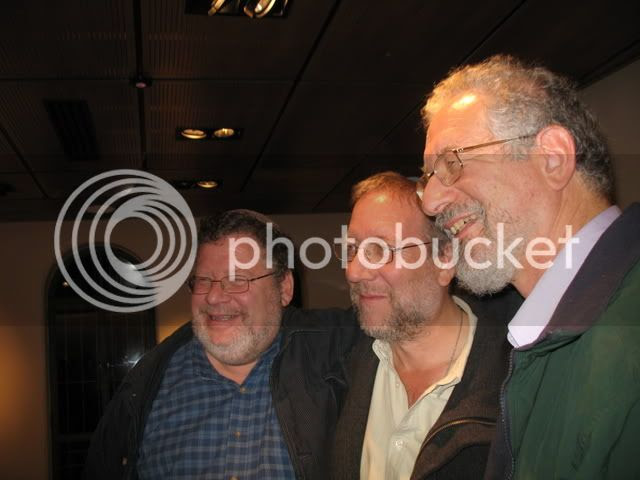 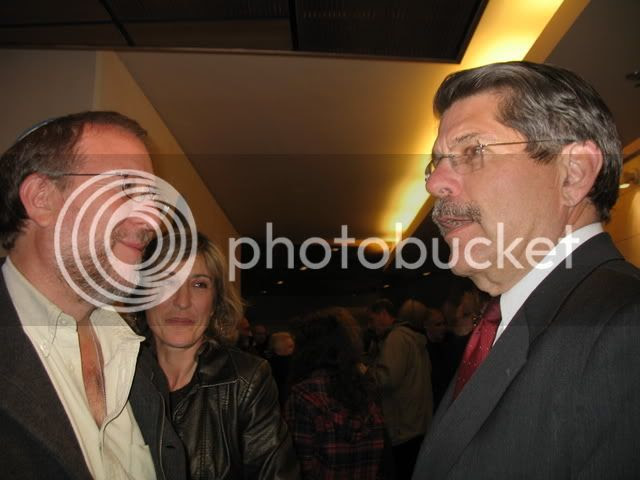 Activists from the East and West coasts, Yossi Klein Halevi and Zeev Yaroslavsky
Posted by Batya at December 07, 2007