On the Last Day of Chanukah

One thing, not too great. I suddenly realized that I didn't take one of my evening walks to photograph the Chanukiyot on display, "pirsum haness," publicizing the miracle of Chanukah.

But then early this morning, the last morning of Chanukah, in the Jerusalem Bus Station, I saw this wonderful sight in a candy store. One of the workers took a break to pray. He's wearing his Tallit and T'fillin. 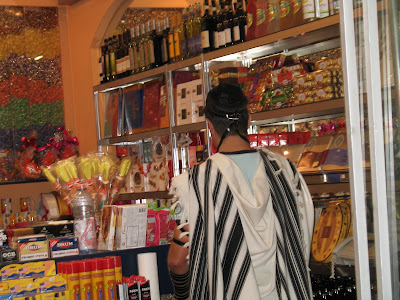 And then, on the bus to the Dead Sea, I was enjoying the view, when suddenly I noticed that the soldier in the guard tower was also praying. He also had on T'fillin.

Remember that one of the major mitzvot we must obey during Chanukah is to publicize the miracles G-d has done for us. That's why we're supposed to light our Chanuka Menorah outside, or on a window sill which faces outside. Seeing these two young men praying so publicly is wonderful. Our religion, Judaism, is not to be hidden. 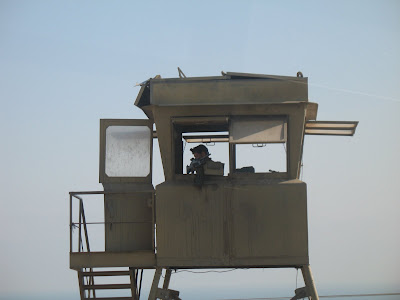 I'm sure that the Dead Sea is once of G-d's most wondrous of creations. 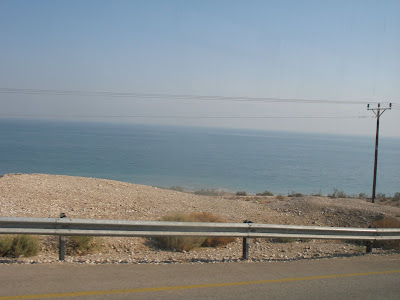 Ein Gedi, by the Dead Sea. 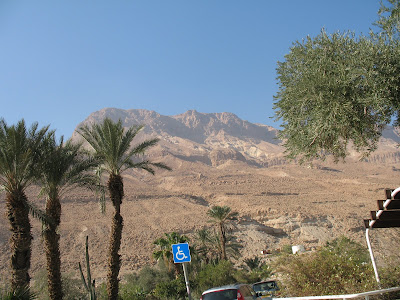 We watched this "hang glider" land as we rode back home. 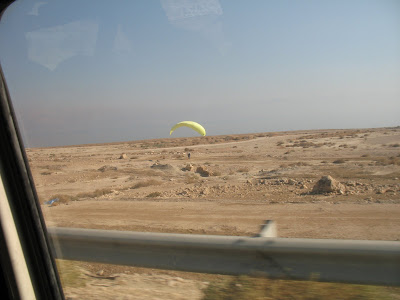 More of the Dead Sea. 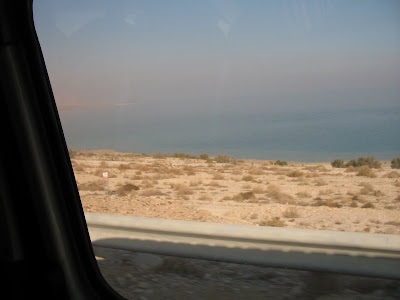