Eternal Jewish Attachment to The Land of Israel

We Jews are now in the Three Weeks before the Fast of the 9th of Av which commemorate the invasion, conquest and destruction of Jerusalem and both Holy Temples.

It's a very intense time in the Jewish Calendar and always occurs during the hottest time of the year. Considering how difficult it is to fast in the heat of the summer, it's easy to imagine the difficulties of the Jewish soldiers in Jerusalem and other battlegrounds, which don't have much of a water supply. It, also, doesn't rain in the summer.

And after the enemy conquest over two thousand 2,000 years ago and resulting exile, the Land became a barren disease infested wasteland. So, you'd think that the Zionists would have rushed at the opportunity to temporarily substitute the beautiful and fertile part of Africa, known today as Uganda, which had been offered. That proposal was never accepted by the Zionist Congress, regardless of their secularism.

I began thinking of it last night during the Shiloh Conference. I don't remember what the trigger was. My mind kept comparing it to the Hashemite Tribe taking up Great Britain's (illegal*) offer for inventing a country/Hashemite Kingdom sic in Transjordan. The Hashemite tribe had no problem at all accepting the offer from Great Britain and inventing a new country in a high percentage of the land which was supposed to be a Jewish State.

Considering that there's no historic connection of the Hashemites to the eastern bank of the Jordan River, and that the land had been allocated to be a Jewish State by the League of Nations, we should be shocked that no country, to my knowledge, protested. As you can see, diplomatic antisemitism in't new at all.

This also is a good example showing how the Muslim Arabs don't need a historic connection to a land in order to take over and claim it's theirs.

May our Holy Temple be rebuilt speedily in our days... 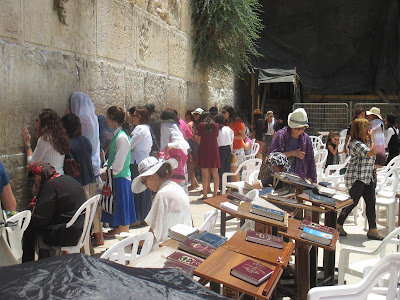 *Transjordan was part of the Mandate which was intended for a Jewish State. GB kept doing everything it could to frustrate and handicap the establishment of a Jewish State.
Posted by Batya at July 21, 2017

"Our ties to the Holy Land of Israel are inseverable.
We will emphasize its centrality, and encourage our
members to support Israel in every way possible."