Today's the fast of the 17th of Tammuz. It's the official start of what is known as "the Three Weeks," a time of national Jewish mourning that actually observed for twenty-two days. The tragedy we mourn is greater than the destruction of both Holy Temples, which took place the same time of the year. The real tragedies were the invasion and conquering of Jerusalem by enemy powers and our loss of Jewish sovereignty.


We begin the period of mourning on the 17th of Tammuz, three full weeks before the 9th of Av even though historically we can justify beginning a week to more earlier.

That's because the destruction of our Holy Temple and the conquest and occupation of Jerusalem and the rest of the Land of Israel and the exile of the Jewish People and the end of the Jewish Monarchy did not happen in one day or battle. It was a long process, and it took much longer than the three weeks we carve out of the Jewish Year to commemorate and remember these horrendous events.

We are commanded to remember that this great tragedy was really a series of events. The earliest causes are probably forgotten by now and can't be accurately documented. At the time, they most probably weren't even considered serious or worthy of worry. But little by little they chipped away at Jewish Monarchy, sovereignty and the Holy Temple built to worship Gd.

That is why I, and others, are so worried about the creeping dependence the State of Israel has on the United States. We must remember that we can't rely of foreign countries for our security. Our greatest victories were when we had no foreign allies, because we have Gd.

And this is the true message of the Three Weeks, bookended by two fast days. We must remember that what may appear harmless, benign may very well be the beginning of a great tragedy, Gd forbid. It is always time to "recalibrate" and get on the right track.

Remember that just three weeks after the 9th of Av begins the Month of Elul when we are reminded to do Teshuva, repent before Rosh Hashanah and Yom Kippur. 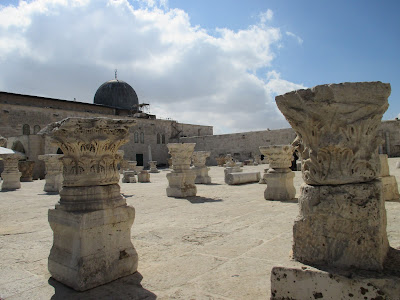 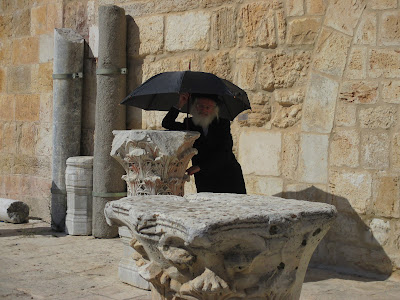 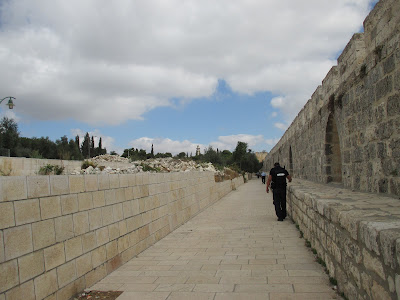 We Jews must never forget that our exile
from the Holy Land was [or is] because
of our sins. These two blog posts help
to explain exactly how that works:

The 17th of Tammuz starts the three weeks because that is the day Moshe Rabbenu broke the first Tablets. This time of year is a very difficult time for the Bnai Yisrael because of our sins which we committed after leaving Mitzrayim, one sin after another, instead of being in constant awe and thankfulness for the miracles that H' performed for us His people, Yisrael. We seem to not learn well from our past mistakes (very forgetful) and mostly, have little gratitude to our Creator, but instead we try too hard to appease leaders of nations and peoples who only want to destroy us. Hopefully, most of those appeasers are of the Erev Rav (and were from the beginning in the desert) and not the real Jews. Let's pray more and more Jews are doing teshuvah so we can merit Moshiach Tzdkeinu's coming when our fast days will turn into the greatest of FEAST Days.

Instead of just praying that others change I feel G-d wants up to look at ourselves and work on tapping into "baseless" love of our fellow Jews rather than the sin of "baseless" hatred. Calling evil what it is is important and with that said it is important to put energy towards love of G-d and his children..

Mr. Cohen, its all about behavior. Religious observance is irrelevant.