Temple Mount is The Key, Lesson of Pinchas

Contrary to the Principles I learned when taking a Life Coaching course, when it comes to the problems in security, standing and sovereignty the State of Israel is suffering, I think that the key to solving it all is to go to the biggest issue. That is the Status of the Temple Mount, Har Habayit, the location of Judaism's two Holy Temples and the Holiest Place in the World for the Jewish People.

The past two Shabbatot we read of the story of Pinchas and how he executed Kosbi and Zimra on the spot as they were sinning publicly against Gd. We must not judge his actions on modern western values/philosophy only only on Torah Law and "What's good for the Jews."

Davka, just hours before Shabbat Pinchas there was a terrible, though predictable Arab terror attack on the Temple Mount. Arab Muslim terrorists, who aren't inspected before entering the holiest of places, murdered Israeli Policemen. The State of Israel finally had the gumption to close the Temple Mount to Arabs, but just for a couple of days. It has already been reopened, although with additional security checks.

The Israeli Government should have used this tragic attack to finally take away the rule of the Wakf and allow a Jewish group to administer the area. In the process all of the restrictions on Jews and Jewish Worship must end. This is our Holiest Site, and giving it to the Moslems is a chilul Hashem, a disgraceful act insulting Gd.

Gd willing we will soon have leaders here who are worthy of Pinchas's heritage. 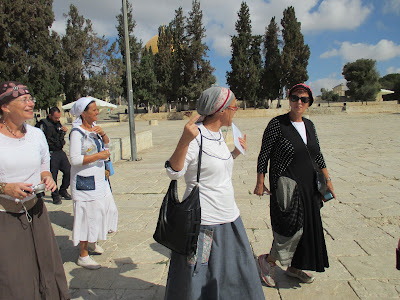