Honestly, I don't care what UNESCO thinks about Judaism's connection to the Tomb of the Patriarchs. They are anti-Jewish and anti-Israel, same as the rest of the United Nations.

Nothing we say or do will change it. It's nice that Trump's appointed Ambassador to the United Nations is  opposed to the decision, but it won't make any real difference.  The Nations of the world do not want to be convinced of Jewish Rights to anything in the Land of Israel. And we weaken ourselves by trying to get them to favor us.

In this week's Torah Portion of the week, Balak, it says:
We must remember that our strength lies in our being together with Gd and not dependent or allied with foreigners.

This Land was given to the Jewish People by Gd, and that is why it is fertile and rich today. We must thank Gd and not the United Nations or the United States. We must remember that. 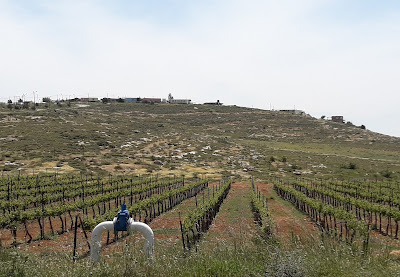 History is not kind to the enemies of Jews.

For decades, Syria was a haven for convicted
Nazi war criminals, and was the headquarters
of the boycott against Israel, and brutally
persecuted its Jewish citizens (aka hostages),
and fought several wars against Israel.

Syria is torn apart by a war that has nothing
to do with Israel, its people killed by the
thousands. The other countries that were Syria’s
allies against Israel now realize that they
have a REAL enemy to worry about: Iran.

All the nations eventually vanish, especially
those who oppress the Jewish people. The only
problem is: Will we live long to see it?

The USA also was a haven for the Nazi's, including the CIA and NASA. But we think that the USA is our friend. How idiotic.

What we miss, is that since we won't annex the land, control our destiny, the world will do it for us as again they have. We have been sent a none people to drive the point home. We are far from being united and sadly because of our tradition, it will be impossible to unite. The game has been rigged to fail for 2200 years but we cannot see the forest for the trees.

We'll outlast the UN, like we've outlasted all of our enemies.

In Syria, convicted Nazi war criminals were
given high-level government jobs in security
and police that they could use to persecute
Syrian Jews.

That did not happen with convicted Nazi war
criminals who fled to the USA.

In the USA, convicted Nazi war criminals were
used to fight the Cold War against the USSE.

There ** IS ** a difference between the USA and Syria!

The USA, with all its faults, was the only country ever
called "Malchut Shel Chesed" by Rabbi Moshe Feinstein,
who was the Gadol HaDor in his time, zechuto yagen 'aleinu.

Nazis were allowed to live and thrive.

Oh, so your logic that if they are "convicted" they are bad while the ones that America, the CIA and NASA, since being not convicted, are good Nazi's. What kind of crap is that? So von Braun and Operation Paperclip is a good thing in your eyes. But since they could provide technology to the military industrial complex, the blood of Jews and the millions of others is worthless.

What about the State Dept secret war on the Jews trying to destroy us here in Israel. This you would call good also because Feinstein said so? Talk about complete idiocy. Many of US citizens would fall into the category that Feinstein stated, but the gov't, forget it.

Batya, we will outlast our enemies because God promised. Not from anything else. God will also anoint His choice for the Mashiach, not because of what we do, but to save His Great Name.

I didn't say that.

"We'll outlast the UN, like we've outlasted all of our enemies." Looks like you did. I was responding exactly to that quote. Be well.