Did Buji Fall for a "Fake" by Bibi? 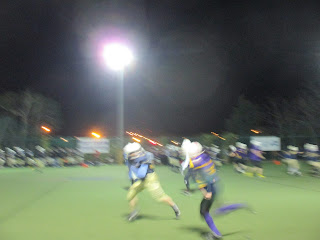 My son plays and coaches tackle football. One of his good friends and teammates was interviewed not long ago about football and when asked about the "brutality" of the game, he acted offended and said that he looks at the game as an intellectual game, just like chess... I'm pretty sure that Prime Minister Binyamin "Bibi" Netanyahu and the incoming Minister of Defense Avigdor "Yvette" Lieberman are chess players. I wonder if they also like American Football, because it seems to me that they pulled one of those "Trick" football plays.

While Isaac "Buji" Herzog and Bibi were busy discussing the issues and negotiating how to bring Herzog's Zionist Movement into the coalition, and all eyes and pundit were on them, suddenly Lieberman ran with the ball for a touchdown! And he managed to knock Bogie Ya'alon off of the field without losing speed for even a second.

LAHAV HARKOV wrote a great opinion piece in the Jerusalem Post comparing Buji to the hapless Charlie Brown who always falls for such tricks.