Bibi Left with Buji: No Jewish Building in Judea/Samaria

About those rumors of Prime Minister Binyamin "Bibi" Netanyahu making a deal with Opposition Leader Isaac "Buji" Herzog, apparently there's some truth to it.

And as I wrote the other day, it's Bibi who's moving Left more than Buji to the Right. But to be honest, the so-called Rightist Bibi has never been big on building for Jews in Judea/Samaria. He has announced more building freezes than anyone else. It's his favorite technique to show that he's a "centrist" aka Leftist in Rightist costume/disguise. And that's one of the many reasons I don't vote Likud!!

From what I understand, the building freeze affects the larger communities in Judea and Samaria more than small ones like Shiloh, where, as you can see in the following photos, people are expanding their tiny homes to suit their large families. 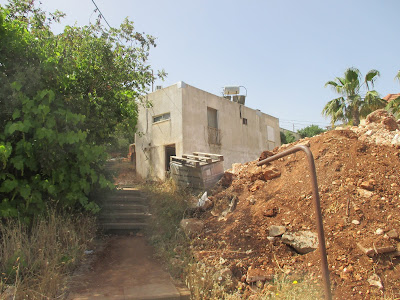 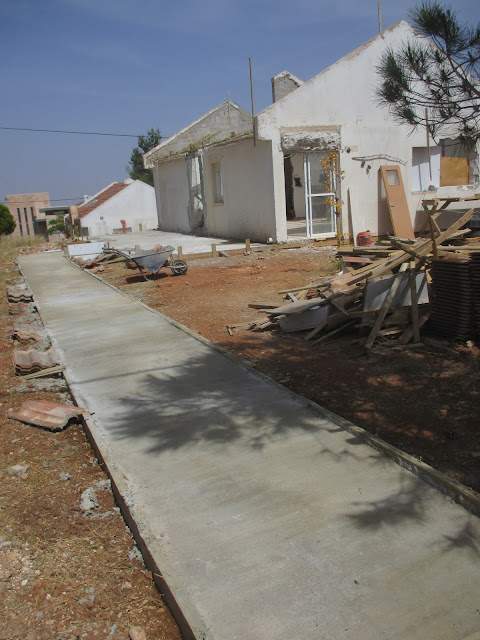 One of Netanyahu's claim is that he promotes a free economy based on supply and demand, but the truth is that he plans the economy, building in a very political way. Many yishuvim, Jewish communities in Judea and Samaria would be much larger if we had varieties of housing options. There are waiting lists, and the larger towns/cities like Maale Adumim have been suffering terrible price rises because of insufficient housing starts.

Gone are the days when the government built neighborhoods and towns even with special rent/buy deals and mortgage rates for young couples/families and new immigrants. That is not just a Judea/Samaria problem. It's very hard for the low and even middle income couples to save for a small apartment and pay a mortgage. The rents eat up all their income. This has been going on for a couple of decades.

Many young couples choose to live in communities in Judea/Samaria, because of the strong community spirit and excellent education. And in some places it is possible to buy a small inexpensive old home to be fixed up and added to relatively reasonably. That's what these young families have done or are doing.

I don't think that the Bibi-Buji deal is good for the country at all!
Posted by Batya at May 16, 2016

Boy, do I agree with you. This government is disgraceful, not on the side of the real JEWS. If I were younger and my husband was in agreement, I would move to the "country" i.e. Yehuda.
The farming framework is being threatened, as one article I read reads. What are they thinking of – – destroying the best thing going for Israel, it's farmlands and the luscious fruits and veggies. I don't want imports, I want "Made in Israel Food"!

Assuming he goes through with it. It wouldn't be the first time he pledged a freeze and then just kept building.

Neshama, not an easy situation at all.
MGI, home enlargements get approved, but larger building projects especially in places like Maale Adumim have been frozen solid.

Stop with the "real Jew" crap. You "real Jews" will give the messiah hell because he wont put up with this garbage and take it to the bank he wont agree with the derech you all believe is from God, see Isaiah 29:13. But lets leave that for him and get off the "real Jew" kick because you may just find out your definition will be completely wrong.

We have enough problems with world coming after us. We don't need the inner garbage from either the gov't or the people. We are destroying ourselves from the inside out. Its very sad that our gov't cares more about pleasing the world because we refuse to take our destiny into our own hands. This is why the situation is "not an easy situation".

First, Shilo - as usual, think you just proved that you're not one of the 'real' Jews.

Second - there is no difference between the left and right anymore (if there ever was). It's the same all over, not just in Israel (r'l, guess all under one umbrella now 'one world'). Israel has become the 51st state, it appears. Terribly distressing. All part of chevlei Moshiach - just let's pray he comes very FAST!

Yes Annon, you will also say the messiah is not a "real Jew!". So followers of men are "real Jews". That is the biggest crock in history. You hate filled "religious" who are so incredibly arrogant will be your downfall and will go after the already revealed, now concealed Mashiach in our day. Since you idiots are not aware of it, be very careful who you slander, it will haunt you. God has a sense of humor, don't kid yourselves.