A mainstay of American policy is the "carrot," negotiations, even with some of the world's most dangerous countries and entities. United States officials put pressure on Israel condemning it for a variety of alleged sins, while being sympathetic to Arab terrorists. It's not only Israel that is expected to negotiate compromise give in, U.S. President Barack Hussein Obama has representatives negotiating with Iran to appease coddle them into stopping or reducing their nuclear weapons development. At least, that's the plan.

"Mediation," which Americans consider an effective way to "make the world a better place" is realistically useless when dealing with psychopaths, whether individuals, terrorists or countries.

For many, many years, Israel has been warning the world about Iranian nuclear weapons development, and the world's reaction was to ignore it. Israel should just have done a quick (granted technically difficult) bombing to destroy the area, such as we managed under Menachem Begin in Iraq. 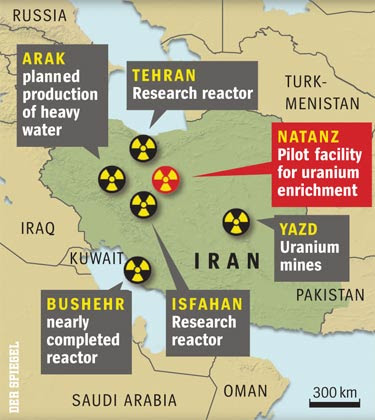 This sort of action could only be successful if it's a surprise. Well, the timing for a surprise has long ended. One of the reasons is that the United States prefers negotiations.

TEHRAN (FNA)- The Islamic Revolution Guards Corps (IRGC) Aerospace Force has equipped its short-range Zelzal missiles with newly developed Multiple Reentry Vehicle (MRV) payloads, a military hi-tech owned only by a handful of the world states.
The surface-to-surface Zelzal missile is equipped with thirty 17-kg bombs which can destroy a wide range of targets and is a proper option for targeting airport runways and equipments, installations and facilities on the ground.
The solid-fuel missile with a 300-km range is among the most important missiles which can attack enemy targets and bases in short distances.
Zelzal was unveiled on Sunday in the presence of Supreme Leader of the Islamic Revolution Ayatollah Seyed Ali Khamenei in a two-hour tour of the IRGC's Aerospace Exhibition, where state-of-the-art equipment and hardware were showcased. (complete article)


TEHRAN (FNA)- The Islamic Revolution Guards Corps (IRGC) displayed a newly developed cruise missile deemed as a major boost in Iran's cruise capability.
The new missile production, Ya Ali (AS), was displayed during the Supreme Leader's tour of an exhibition of the IRGC Aerospace Force's latest achievements.
Military experts said the new product can hit targets 700km in distance that is more than two times the distance that the best Iranian cruise missiles could fly. (complete article)

Negotiations are used by Iran as a distraction, like the hucksters with their cup trick. While the word's "eyes" are on Iran's negotiating team, its nuclear weapons development  team is working at full-steam.

The final results will be beyond everyone's worst nightmares, G-d forbid.
Posted by Batya at May 13, 2014