I have a lot of suspicions about the so-called "price tag" damage, vandalism or just plain graffiti which has been getting a lot of publicity and condemnation in Israel. I blogged my opinions, asking questions, here.

Today when riding the Jerusalem lightrail, I saw this and it made me think. 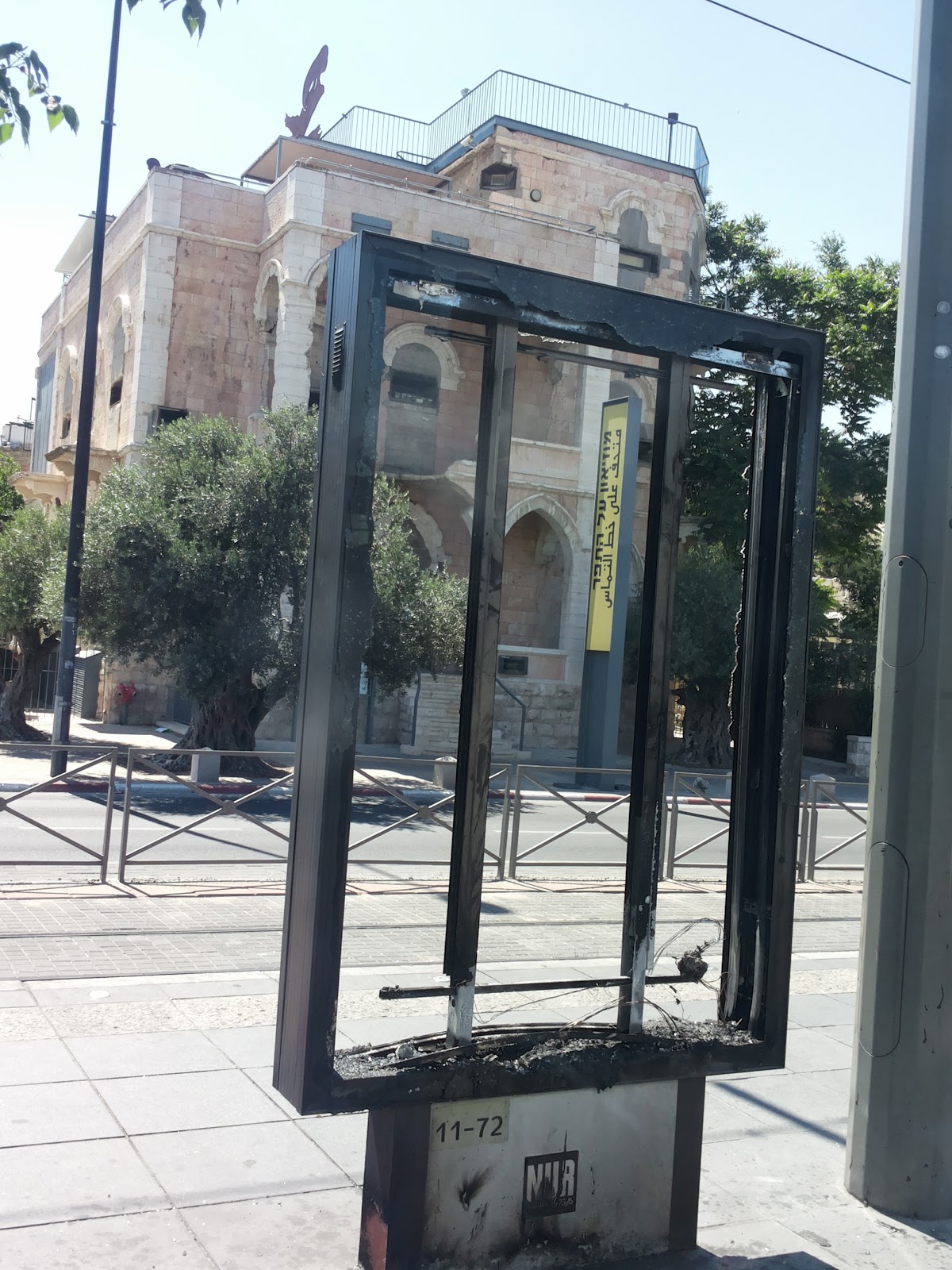 The burnt out frame held an advertisement. I'm not sure exactly what the ad or photo was. Nothing remains of it.  At other trainstops there were lipstick ads which didn't even show lips. 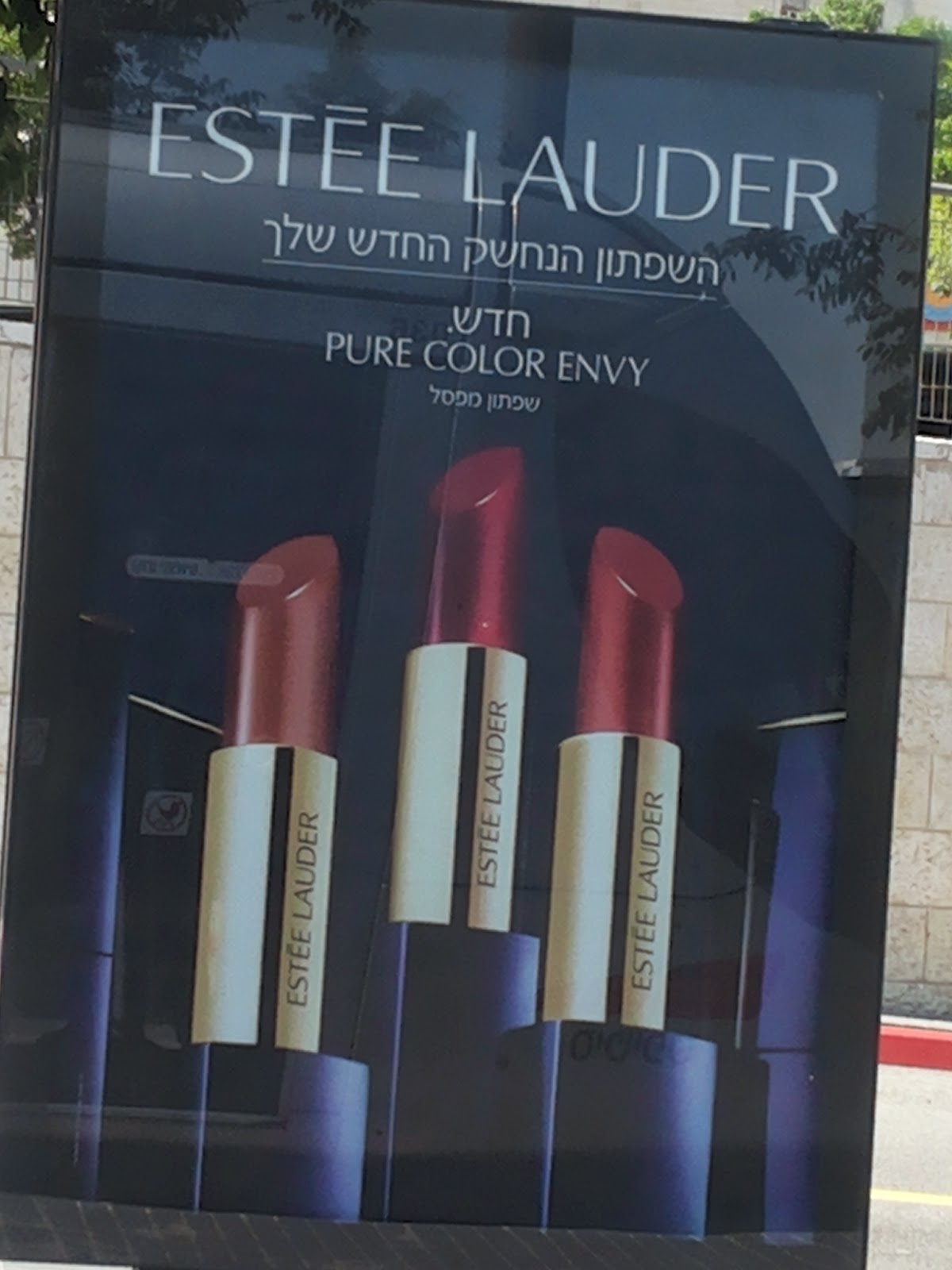 I think that burning these frames is just as damaging or worse than many of the so-called attacks sic by the so-called price tag vandals. Why aren't the media and politicians up in arms condemning the people who do the damage?
Posted by Batya at May 14, 2014