Israeli Politics, Could I Have Been Wrong? 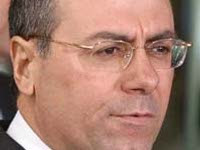 Israel's Vice Prime Minister and Minister for Regional Development Silvan Shalom had me stumped for a long time.  I couldn't figure out how this  Tel Aviv-style trendy guy, married to media star and owner  Judy Shalom Nir-Mozes could have any ideological connection to then Right wing Likud.  His image has always been polar opposite to your classic Likud supporter, the Jerusalemite found in the shuk, the Machane Yehuda open-air market.

But Israeli politics is always full of surprises and Silvan Shalom has certainly surprised me. The truth is that his background isn't elitist Ashekenaz (European;) his family is from Tunisia and he was raised in Beersheva.  In recent years he has turned out to be the most consistently Right, logical, pro-Land of Israel in the Likud hierarchy.

Of course, nothing is like way back when in the days when Menachem Begin as the honorable Leader of the Opposition would refuse to criticize any aspect of Israeli Government when abroad.  Shalom, a Member of the Cabinet was heard to be criticizing Defense Minister Ehud Barak when in Canada.


In an interview with a Toronto-based Jewish website on Friday, Shalom criticized Defense Minister Ehud Barak who recently suggested that Israel consider a unilateral disengagement from Judea and Samaria (Yehuda and Shomron), similar to that carried out by the Israeli government in the Gush Katif region of Gaza in August of 2005.
Minister Shalom expressed his unequivocal support for further construction in Judea and Samaria, and rejected the idea of a ​​disengagement, saying, “I think it would be a catastrophe. The disengagement from Gaza failed and its results are very bad. It brought missiles on Israeli cities: Be'er Sheva, Ashdod, Ashkelon and maybe even Tel Aviv. I think it would be a foolish move to do something similar in Judea and Samaria.”

It's refreshing to hear commonsense from a member of the Israeli Government, even when there's no power attached.

How, you may wonder, can a Government Minister with such an impressive title as "Vice Prime Minister and Minister for Regional Development" not have power?  Dry Bones pictures it perfectly: 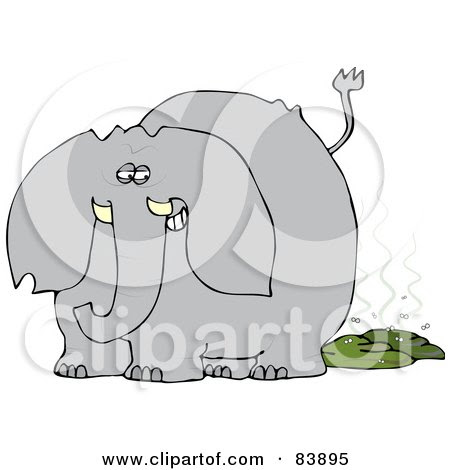 By building himself this humongous government, Prime Minister Binyamin Netanyahu guarantees himself power, because his coalition can survive any number of rebellions and resignations.  More than three-quarters 3/4 of the one hundred and twenty 120 Knesset Members are part of his coalition.  The opposition has less power than a fly trying to annoy an elephant.

In the past, Silvan Shalom had run against Bibi for the position of head of the Likud and lost.  Today he'd have even less of a chance unless he really worked hard to get the Feiglin supporters and those remaining Likud members who actually believe in ideology over power.  I don't know if he has the stomach for the fight.  Netanyahu effective controls the Likud as an organization and has for a number of years already.  That is how he managed to over-rule the results of the last pre-election primaries.

It would be nice if the Likud MK's and ministers who are reliably ideological pro-Jewish Rights in the Land of Israel would leave the Likud as a group and join up with the Ichud Leumi (National Union.)  Then we'd really have a political party worth voting for.
Posted by Batya at June 10, 2012

You are correct when you say that there are not many Likudnikim who believe in "ideology over power' that is because without the power to implement it ideology is meaningless. We thought that ideology alone would keep us in Gush Katif. That was our grand illusion. Supporters of "ideological" parties are massaging their ideological egos instead of joining Feiglin, Chotobelli, Danon and yes (surprisingly for you it seems)Silvan Shalom,to make a real difference in public policy.

David, so do you think that members of Likud can really influence things when government ministers can't?

Definitely. Bibi's policies are definitely influenced by the balance of power in the party between moderates and right wingers. Orlev and Ketzaleh couldn't save five buildings on givat haulpana, but a strong Likud insured that there will be 800(!!) new building permits in YOSH. We have to concentrate on the broader picture.

David, sorry, but I don't see Bibi being influenced by anything/anyone from the Right.

dont criticize your own govt on foreign soil.
didnt like it when livni did it, dont like it now.

a, good point, but maybe in Israel nobody is listening. How many Israeli politicians follow that noble rule? It's a shame that the Labor and Kadima parties never have.