Arab Anarchy and Terrorism, Is It Just A Matter of Money?

Some of the (or all of the) per capita richest countries in the world are the Arab ones sitting on expensive (supply and demand) oil, but Arab countries don't help their own people, and they're not interested in democracy.

It has been announced that the Group of 8 western powers are going to bankroll the insurgency, protest movements in Arab countries.


At a series of working sessions that lasted until the early morning hours Friday, representatives of the Group of 8 expressed concern that the democracy movement in the Arab world could be “hijacked” by Islamic radicals if the West did not help stabilize the economies of the two countries that touched off the Arab Spring, according to two European diplomats who were present during the discussions.

Money won't change things. It'll just encourage more violence as more and more Arabs will be encouraged to try to get rich by rebelling/rioting/protesting. The ordinary Arab citizen of those countries will only see one big change, the face in the fancy portrait staring at him/her in public buildings. 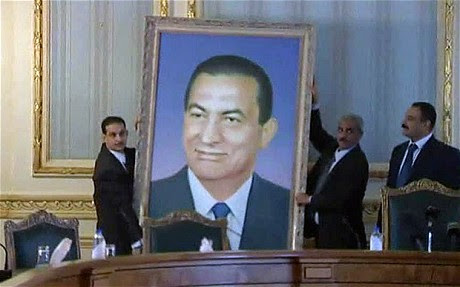