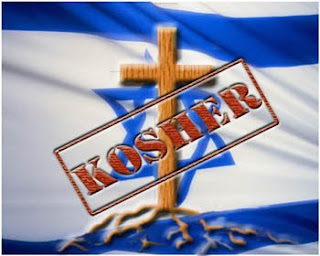 Just prior to the Pesach break headlines in leading Israeli press outlets were reporting that a group of 1000 Russian-American Christians had initiated steps to make aliyah and convert to Orthodox Judaism. The group, led by messianic Christian radio show host Baruch Abrahamovich (Avramovich), is reportedly seeking to purchase land and establish a commune-like settlement in Samaria.

When the news broke, Batya found the story "strange" and she ran a post here.

Many others are questioning the reports. Everything from the perplexing headlines to the conflicting and missing details in the varying news accounts indicates that something is very amiss with this venture and with the people behind the scenes.

Jewish Israel decided to investigate. The answers we received are cause for alarm (this is the first part of a continuing report.)...more
Posted by Ellen at May 14, 2011

Ellen, thanks for posting it.

Part two of this report is very disturbing. Hope to have it online soon.

The whole business is disturbing. You are doing great work! Please submit the posts to Havel Havelim, too.