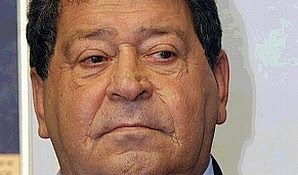 Yes, it finally has happened - SOMEONE on the Left has actually admitted that the disgusting, evil and nonsensical "disengagement"-expulsion-evacuation of Gush Katif and 'Aza was actually a failure!!! Fuad, way to go!

Ben Eliezer: 'The disengagement from Gaza was a big mistake'
"I admit and confess," he says, "I was with those who strongly supported Ariel Sharon, and today I say with my head held high: We erred."

Now how long will it take till the rest of the idiots that call themselves "Members of the Knesset," and/or "the Israeli government", wake up and realize that they have sacrificed the security of the State of Israel and its citizens for...absolutely nothing???