That's how it looks to me.
hat tip http://www.imra.org.il/ 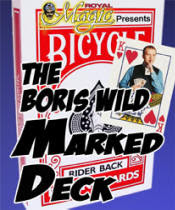 According to Al-Maliki, US President George W.
Bush plans to invite the
members of the international Quartet, the G-8,
all permanent members of the
UN Security Council, the Arab Follow-Up
Committee, and three additional
predominantly Muslim countries.

The Quartet is composed of the US, European Union
Russia, and the United
Nations. The addition of the G8 countries means
that Canada, France,
Germany, Italy, Japan, and the United Kingdom
will be invited. As a member
of the Security Council, China will also be
invited.

Finally, Turkey, Indonesia, and Malaysia have
been added to the guest list.

The minister told a press conference in Ramallah
Thursday that the
negotiations will be based on a joint declaration
which Abbas and Israeli
Prime Minister Ehud Olmert are expected to
develop over the coming weeks in
bilateral talks. The declaration, according to
Al-Maliki, will tackle the
final-status issues such as the borders of a
future Palestinian state, the
status of Jerusalem and the fate of Palestinian
refugees.

Al-Maliki said the declaration will be submitted
to the Palestinian people
for approval in a referendum.

President Abbas expects the negotiations to last
no more than six months,
because previous negotiations have already
completed a considerable part of
the work.

Al-Maliki said the declaration will be submitted
to the Palestinian people
for approval in a referendum.