Yesterday, Wednesday was my regular study day in Matan. Yesterday was also Israel's Memorial Day in which we stop everything we're doing when the siren goes off at 11am to mark the fact that Jews were murdered.

The custom in Matan is to have a small ceremony in which all the staff and students gather. After the siren, prayers are said, and a few people speak about personal and national memories of those killed. This year a close friend spoke of two friends of ours who had been killed during the 1973 Yom Kippur War and its aftermath, Eli and Chuck.

Here in Israel Memorial Ceremonies are always very personal. We all knew/know someone who had been killed, seriously injured or is one of the "official" bereaved. The longer we're here the more chance that we had been touched even more closely. There's no way for us to avoid this reality. Death and mourning aren't hidden in Israeli society.

Following are a few pictures from the Matan Memorial Ceremony, 5778, 2018. 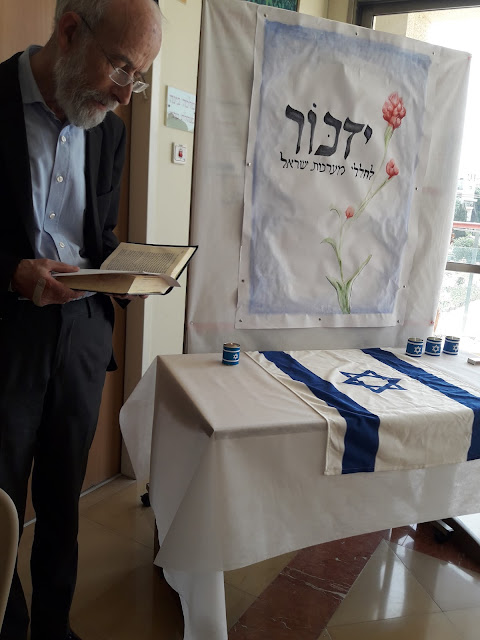 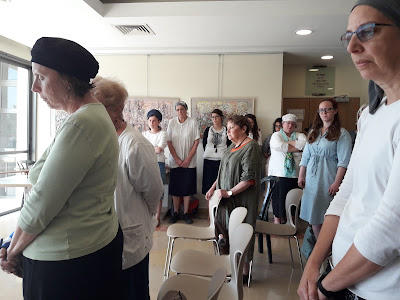 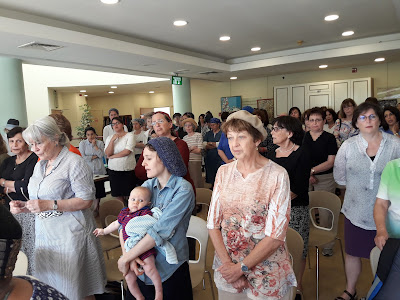 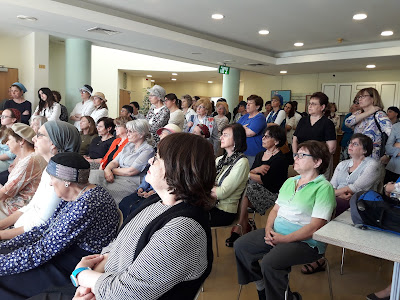 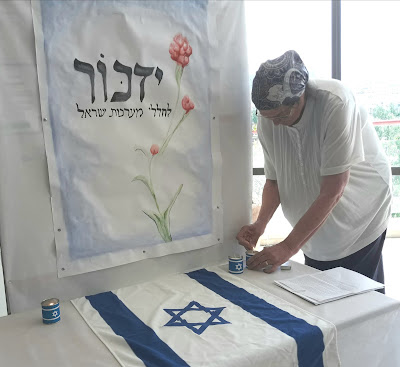 Afterwards we sang Hatikvah and Ani Ma'amin. And then we resumed our studies...
Posted by Batya at April 19, 2018