"No Holocaust Story" is a Story

I grew up without knowing anything about the Holocaust or the term "survivors." This was the 1950s in New York. From the time I was a few months old my parents and I lived in a brand new garden apartment development/community for veterans, Bell Park Gardens, Bayside, NY. Our parents were all pretty much the same, Jewish (well over 90%), white born/raised in a poorer neighborhood of New York and determined to give their children a better childhood than they had.

Our parents had survived the Great Depression with difficulty, and if our fathers had suffered fighting in World War Two, most of us never knew about it. Children of the 1950s were protected from awful realities. Disney reigned, and we were supposed to "live happily ever after."

Most of our mothers considered that their job; they were home raising us. Our parents were 100% American and didn't have foreign accents. Only our elderly grandparents had accents. They had come from somewhere in Europe to America, the Land of Opportunity. I didn't know more than that.

It seemed in my childhood perspective that we were all the same. The only real difference was that my father had aunts, uncles and cousins, while my mother had none. Only much later on, when I was already a grandmother did I fully discover that not only had most of his parents' siblings made it to New York, but so did his grandparents.

I only became aware that there had been Nazis, a Holocaust etc from the news, television and maybe a bit from Oakland Jewish Center Hebrew School. I was in Elementary School when The Diary of Anna Frank came out and Adolf Eichmann was captured and tried.

I never felt connected to any of the Holocaust stories or history. It happened to others, not my family, just like the Spanish Inquisition.  It took many decades for me to realize that my lack of a personal family story is the Holocaust story personified.

My mother's parents had to have come from families before they got on those boats to New York. They certainly didn't sprout from laboratories. Over the years when I had tried to discuss this with my mother, it became very clear that she, too, was in the dark about her parents' histories. Being the eighth out of nine of a very poor his, hers and theirs family, she was raised more by her elder siblings than her elderly and tired parents who were busy trying to scratch out a minimal survival in Brooklyn.

To personalize Holocaust Memorial Day, I'll just write a bit about what I know of my grandmother's family.  I have only the vaguest memories of my maternal grandmother, Ida Vishnefsky Finkelstein Shankman. She died just before my third birthday. Until my mother was close to fifty and already had two grandchildren, she thought that her mother was the only one of the family that escaped Europe. Only by chance did one of her elder half-sisters mention that they had an uncle and cousins in London, but the one sister who knew more and had corresponded when young, had already passed away.

My two older "half aunts" then brainstormed trying to remember what they could of their mother's history and information about the uncle who went to live in London. They put together what they could remember and sent it to HIAS. A cousin read it and via HIAS contacted them. 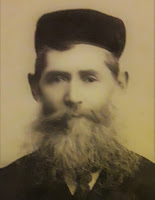 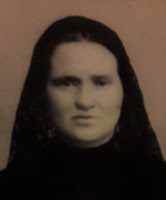 We are descended from the Vishnefsky's of Rogotshov, Belarus. Apparently the family was relatively successful. They were musical and someone was a barber/doctor. I don't know their first names. One son moved to London, Harry who changed his name to Marks and worked as a carpenter.

My grandmother, Ida (Chaya Raisia) married a Finkelstein and had a daughter while still in Europe. Her husband went to New York, and she followed a bit later, first visiting her brother in London. When they reunited in New York, she had two more daughters before her husband took sick and died. A poor widow with three young children she married my grandfather Abraham Shankman a widower with two sons. Together they had four more children, including my mother. None of my grandmother's relatives ever made it to America as far as her children knew. They must have been killed in the Holocaust or by Stalin just after the war. So, I too have a Holocaust story.
Posted by Batya at April 12, 2018

The Reform Jews strongly opposed efforts to save
European Jews from the Holocaust during World War II.

Those rescue efforts were led by Orthodox Jews,
who the Reform Jews considered to be behind-the-times
and obsolete and an embarrassment.

The Reform Jews got what they wanted:
the rescue efforts failed.

In our times, Reform Jews ally themselves with
the anti-Israel Far-Left and the anti-Israel
Intersectionality Movement, so it is correct to
publicize these articles that expose Reform Judaism:

Batya, thank you for sharing. I appreciate very much to hear about families (survived or not so) from the Shoah. It connects all Jewish neshomas .

Everything is made new through God.