Is Aliyah, Moving To Israel the "elephant in the room" for Jews who live abroad, in Chu"L, out of the Land of Israel?

To be perfectly honest, I'd say "no."

I grew up like most Jews, totally ignorant of the concept of "Aliyah." I also didn't know about Shabbat, kashrut and most of the Jewish Holidays. Jewish History was also pretty much a blank in my mind, as was the Bible, stories and Land. I was made vaguely aware of a bit of it in the Hebrew School I went to six hours a week for five years, in the Conservative Oakland Jewish Center. The teachers there were between a rock and a hard place, as the saying goes. The vast majority were actually strictly practicing and believing Orthodox Jews, but they had to dilute their teaching to suit the Conservative theology and the even less Jewishly committed parents, who would have had them fired or pull their kids out of the school if there were signs of "brainwashing."

But I knew very well that I was Jewish, even if I couldn't define exactly what that meant.

As ignorant and oblivious as I and my Jewish peers were in the 1950's and early 1960's, I know that today's young Jews, with the very minor exception of those who are strongly committed to their Jewishness, know much less than we did.

Many diaspora Jews today either have no real idea that they are Jewish or think they are Jewish and don't realize that there are halachik (Jewish Law) complications which make their Jewish identity very problematic. Assimilation and intermarriage are causing a bloodless Holocaust, which shouldn't be ignored. The big problem there is that there really isn't a solution, simple or otherwise.

The actual percentage of olim chadashim, new immigrants to Israel of diaspora Jews is horrendously minuscule. We all do our best to make olim chadashim feel as welcome as possible, but the actual success of one's aliyah depends more on the oleh/olah (immigrant) than it does on the welcomers, veteran Israelis and the systems here.

We're here in Israel for almost half a century, and I've never been sorry about our move for even a second.

Following are photos I took a number of years ago of a Nefesh B'Nefesh charter flight to Israel. 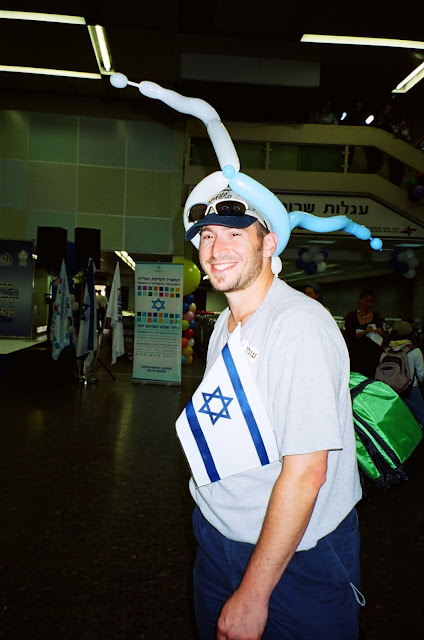 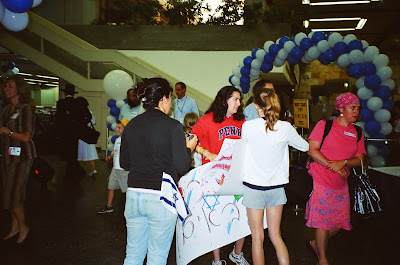 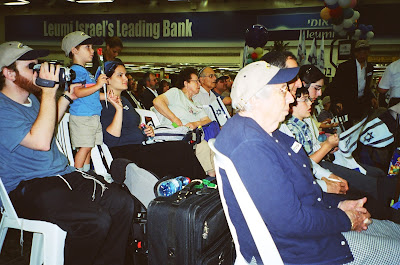 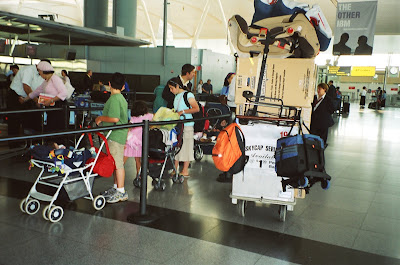 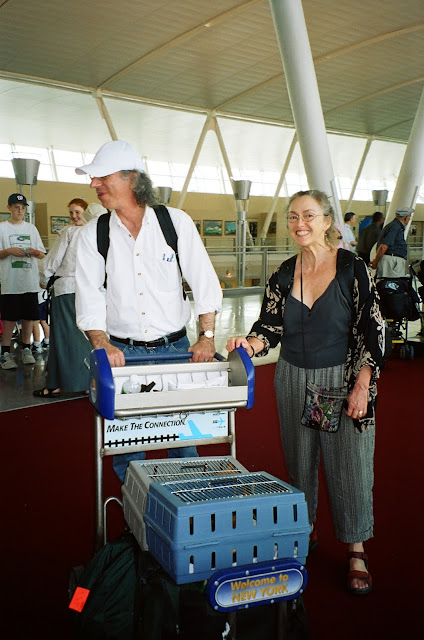 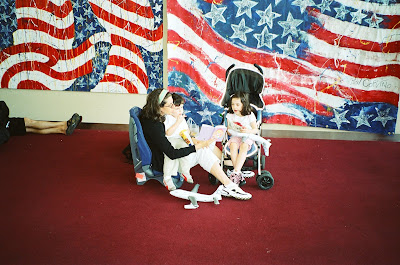 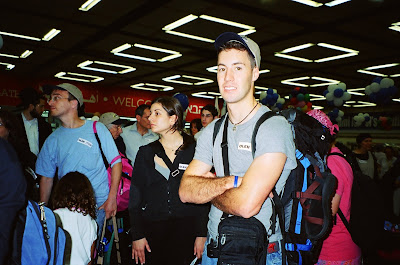 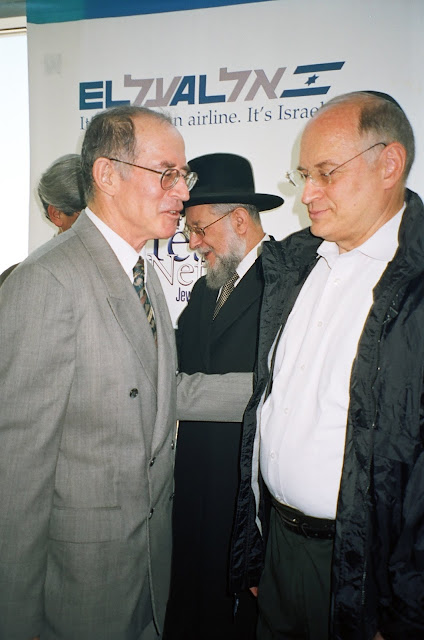 Thank you for this. When I think back about my youth in America, it was similar to yours except in my area, Philly, if you were Jewish, we ‘hung out’ outside the orthodox shul on those special days. When I ventured inside I was met with a sea of white talaisim everywhere. Didn’t know what that was, but the essence of that encounter has stayed with me thru the years. That was a looong time ago.
Very many experiences between then and now. But I’ve always felt HaShem guiding me.

It was actually a trip to Israel with some zionistic young singles that actually started my path to becoming frum, getting married, our Aliyah in 2010, and now Living in a cloud of vibrant history and the most meaningful life finally here in The Land that HaShem watches over from one R”H to the next.

Being Jewish is more than following Halacha, although one should, to me it is connecting to our history and our ancestors.

Batya Medad and Neshama, it seems that all
three of us are Baalei Teshuvah.

When I first became a Baal Teshuvah
decades ago, we were hoping to make an aliyah,
but somehow that never happened.

Our teacher who guided us to becoming
Baalei Teshuvah did make aliyah,
but spent very many years unemployed,
despite having a four-year college degree
and no criminal record and no vices.

Eventually, he got a low-level job,
which probably pays much less than what he
could have made, if he stayed in New York City.

In New York City, there are entire synagogues
whose populations consist exclusively of
yordim [or close to it], who all
speak fluent Hebrew and all served their
full terms in the IDF.

You should visit those synagogues
and tell them to come back to Israel,
the next time you visit New York City.

Meanwhile, there are new yordim
in New York City every day.

Neshama, good story....
Mr. Cohen and there are olim chadashim from all over. A big mistake of wannabe olim is getting foreign educations, rather than making aliyah first and studying in Israel.
Sad that there are Israelis who leave. Some are suffering PTS from traumas of war and terror. I feel safer in Israel.