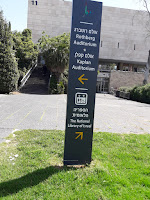 My friend and I decided to go to Jerusalem yesterday, to the Kotel, Western Wall. But after our bus never showed we ended up in a ride with neighbors who said that they were going to the ספריה לאומית, Sifriya Le'umit, National Library to see an exhibit of Haggadot from the time between the end of World War Two until the Establishment of the State of Israel. That sounded interesting, so we changed our plans.

The National Library is located in the middle of Hebrew University's Givat Ram Campus. We wandered around until we finally found it. The first few people we asked didn't know, but eventually someone pointed out the way to us.

Armed with our official Senior Citizen cards, finally entered and discovered that there wasn't a fee at all. There also wasn't all that much to see, and we had trouble actually finding the exhibit. But eventually we did and enjoyed it.

Following are some photos I took. Afterwards we had a nice simple, inexpensive Kosher for Passover lunch out and went home by bus. 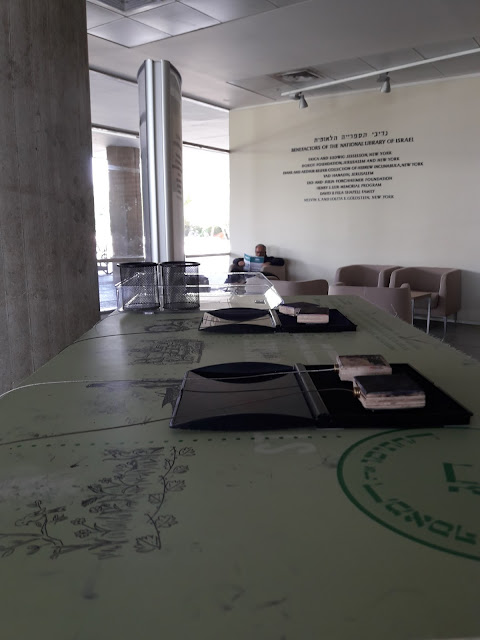 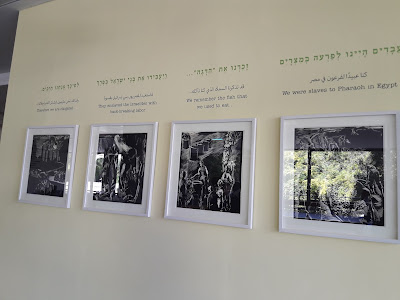 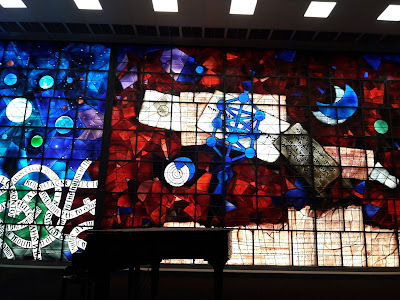 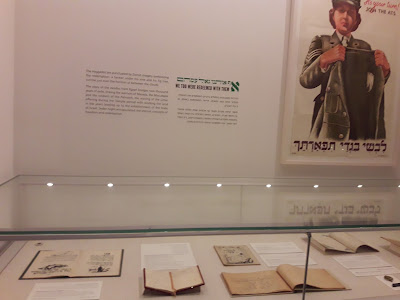 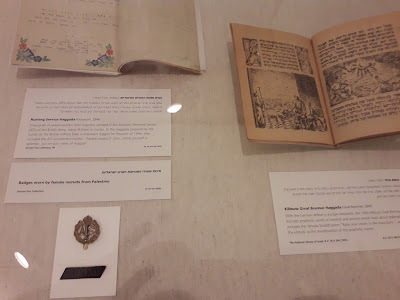 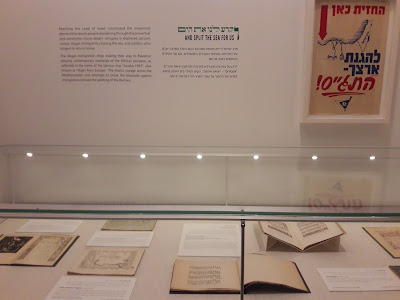 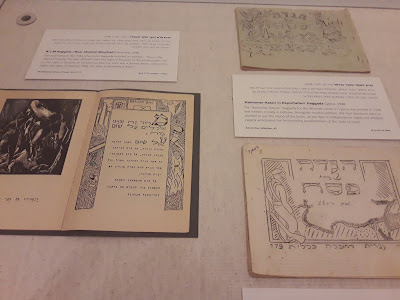 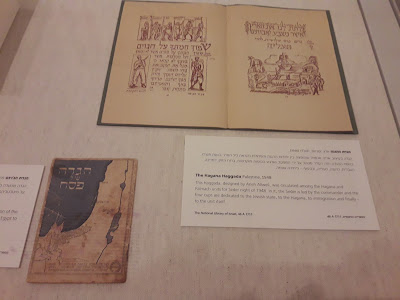 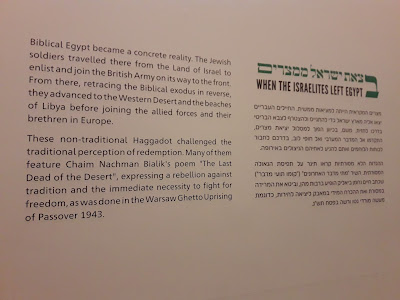 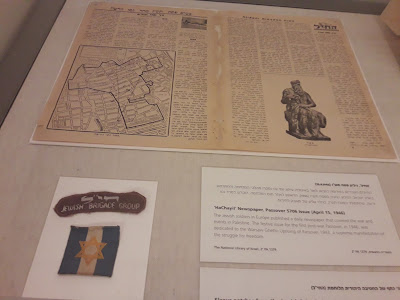 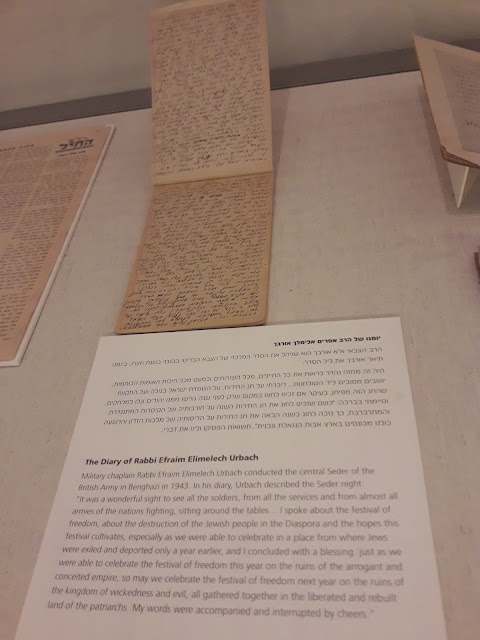 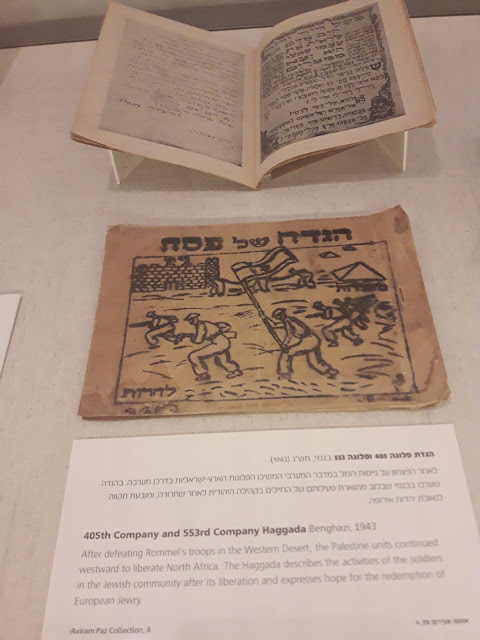 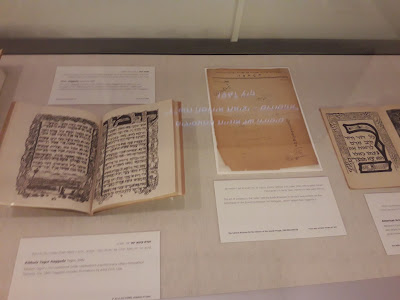 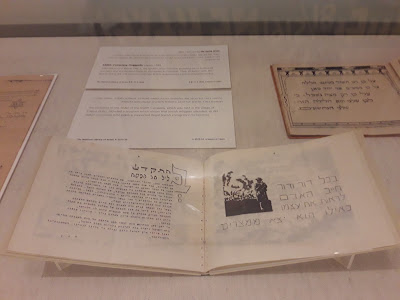 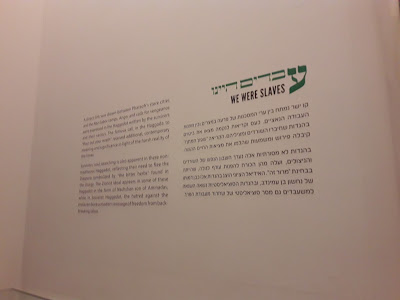 Some Pesach Hagadot were written by very
great Torah scholars, and those have great value.

Unfortunately, there is a recent trend in which
Pesach Hagadot are written by: atheists,
agnostics, apostates, ignoramuses, and radicals.

These Pesach Hagadot are not worth
the paper they are written on, and should
NEVER be used; they should be burned.

If Daniel Were Alive Today:
https://shilohmusings.blogspot.com/2018/03/if-daniel-were-alive-today.html

If Isaiah Were Alive Today:
https://shilohmusings.blogspot.com/2018/03/if-isaiah-were-alive-today.html

If Ezekiel Were Alive Today:
https://shilohmusings.blogspot.com/2018/03/if-ezekiel-were-alive-today.html

If Jeremiah Were Alive Today:
https://shilohmusings.blogspot.com/2018/03/if-jeremiah-were-alive-today.html

If Ezra Were Alive Today:
https://shilohmusings.blogspot.com/2018/03/if-ezra-were-alive-today.html

These are all different, but I wouldn't burn them because of that. They are interesting reactions to the events of the time. It's better that Passover is observed in some way than not at all. These so-called secular did see that time as "messianic." That's a lot better than the chareidi who refuse to see the siyate d'Shmaya, Hand of Gd in all of it.