Israeli Sovereignty, The Faster We Do It, The Less It Will "Hurt"

1- I consider it highly important, vitally necessary for the Israeli Government to unilaterally declare full Israeli Sovereignty over all Land we still hold! There shouldn't be any foreign or Arab rule at all. It would be like leaving bits of cancer.

2- I have no doubt at all that the idea of "gradual sovereignty," which in a sense has been going on since the end of the miraculous 1967 Six Days War, to be the cause of the growing terrorism and international (and domestic) opposition to Israeli Sovereignty.


The fear of international opposition has paralyzed successive Israeli Governments, even the supposedly Right-leaning ones, since mid-June, 1967. It's the slowness, the gradual annexation that has caused our biggest problems. If we had only annexed and declared sovereignty immediately after the 1967 Six Days War, it wouldn't have caused any international problems. The world saw and recognized the miracle and would have accepted it. We were like gods of old.

But just like leaving a sticky bandage on and slowly trying to remove it is the most painful way, this slow, never-ending process of wondering if Israel could just keep the status quo is pushing Arabs to identify with terrorism. That's because Israel appears too weak to protect them.

We must quickly, in one strong swoop rip off the bandage of so-called occupation and fully annex and declare sovereignty on Judea, Samaria, the Jordan Valley and any nook or cranny that is still in a status of uncertainty.

Do your best to attend and support the 2017, 5777, Sovereignty Conference on February 12, in Jerusalem. 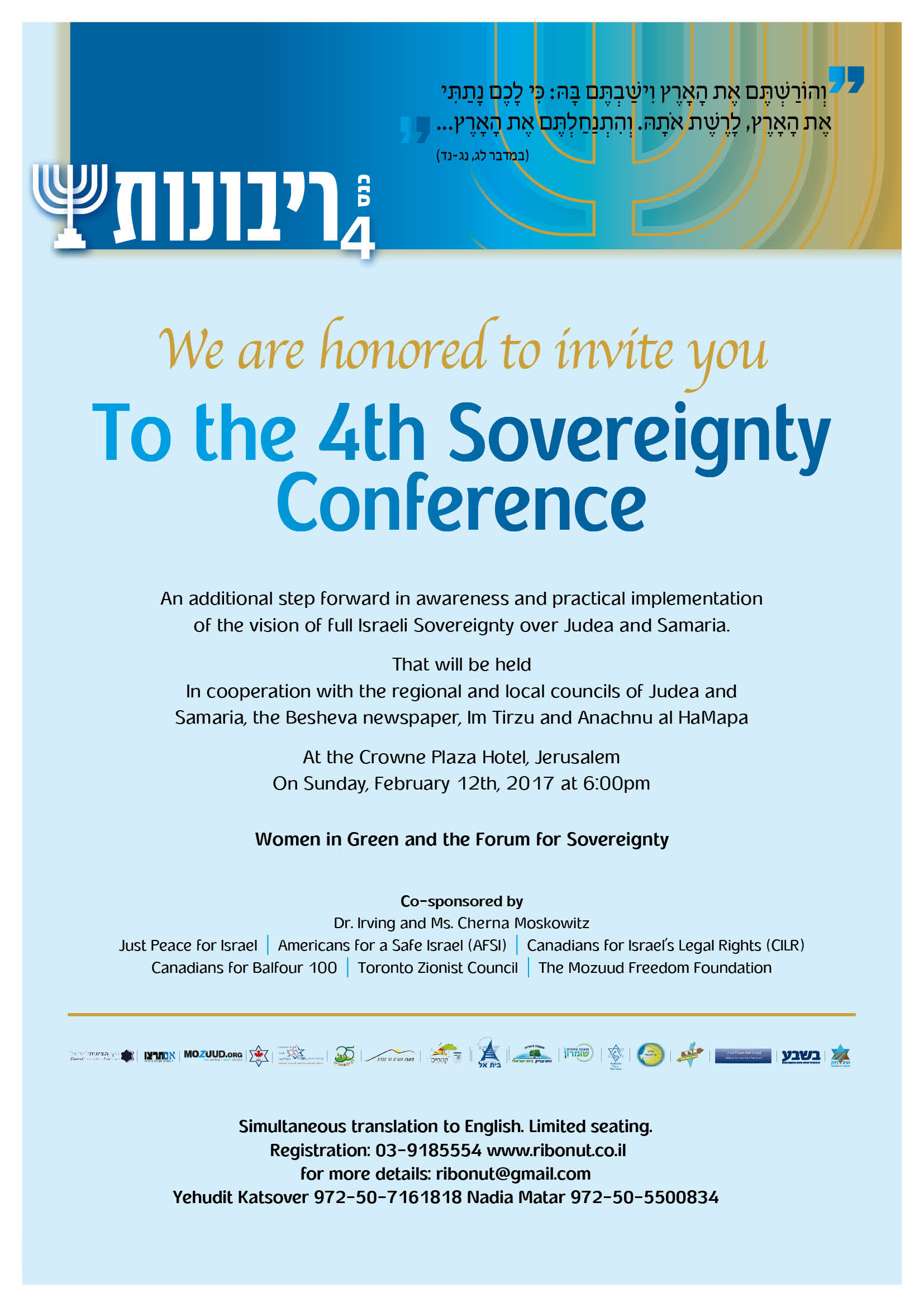 You are correct. But they don't have the political will or faith to pull it off. Bennett for example wants the Emirate plan which as you say, leaves a cancer. King Bibi has no desire. Certainly the Arabs know our weakness and they despise it. I was talking to an Arab in the Old City who say's Trump is the man. I asked him why, knowing Trump is against the Muslim agenda. He replied, because he acts with strength. Does not matter the point is they respect strength and look at us being "nice" as weakness. God's emissary is the only answer, but how to open that door in today's world is the 64 dollar question.