Apartheid Against Arabs in Israel? No Way!!

The world and even the Israeli Left keeps reciting a totally false mantra that there is anti-Arab apartheid in Israel. It's totally untrue. If anyone is kept out of things, neighborhoods, roads, etc. it's davka Jews.

Last week when I was in Jerusalem, I saw an Arab muslim family strolling happily near the Knesset and Government offices and also Arab students in the Israel Museum. 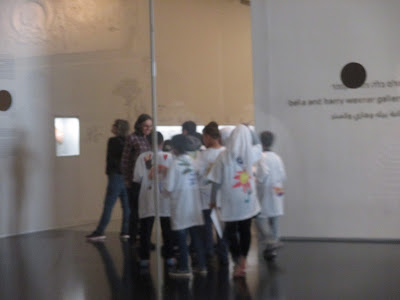 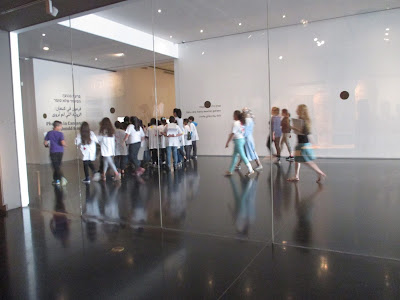 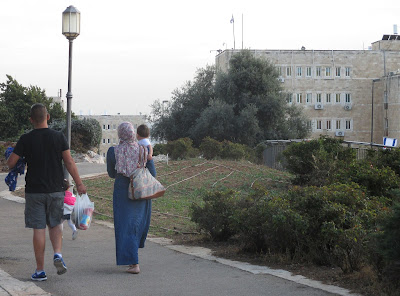 Jews just don't have the same freedom of movement, because it's taken for granted that Arab terrorists can attack Jews who enter Arab stores and neighborhoods. And when that happens, davka, the Jews is blamed for it. Yes, the victim is blamed. But these Arabs in obvious Arab muslim dress can be in Jewish areas without any fear in the world.
Posted by Batya at 8:17:00 AM

No surprise that the masters of propaganda and lies always leave out apartheid Saudi Arabia where not 1 synagogue or church is permitted.

It looks like all that oil money buy's protection from the hypocrites who always point a finger at Israel and ignore the brutal head cutters of Saudi Arabia and their very undemocratic ways.

The wicked give their fellow travelers a pass, but they never give Israel a fair and honest hearing.

I'm so glad that god is going to settle the score with this evil bunch.
Don't stand too close to the hypocrites, it's going to be ugly for them and all who partook in this Satanic war against Israel.

antisemites in all guises