Has there ever been an American President so hated by the legislature?

The American Senate has just voted their distrust in Barack Hussein Obama:


US Senate Overwhelmingly Passes Bill Giving Congress Oversight of Iran DealJNS.org - The U.S. Senate on Thursday overwhelmingly passed the Iran Nuclear Agreement Review Act of 2015, which would give Congress a 30-day period to review a final nuclear deal between Iran and world powers, in a 98-1 vote.

A few months ago, against Obama's wishes, Prime Minister Binyamin Netanyahu was invited to address the joint-congress. Obama and his cronies threw fits and threats, because as far as he is concerned, Bibi is his enemy. Netanyahu did speak, and contrary to threats of boycotts, most everyone attended. The cheering for what he said in his speech was overwhelming.

Americans must remember that Obama can get his way and bypass congress by "Executive Orders," which he has taken advantage of. Obama and Congress are playing a "tit for tat." I wonder how long the Congress Iran Oversight bill will sit on his desk before he signs it, if he signs it. 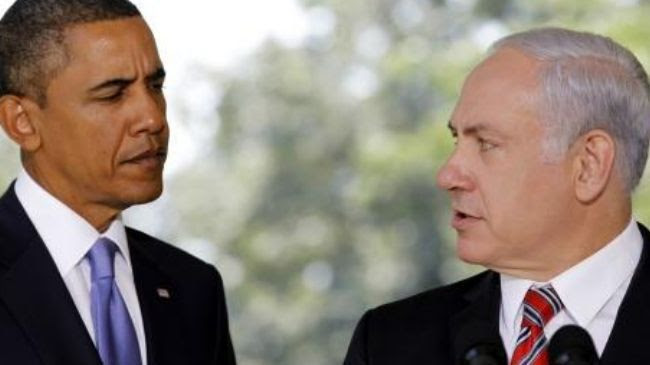 The tensions between Obama and Bibi aren't a secret. They come from very different backgrounds and world views. What's amazing is how much support Bibi has in the upper echelons of the American legislature.

I think that the American public supports and trusts Obama more than the legislature does. Most Americans do not have a clue nor they care about nuclear dangers, enemy countries, how outsourcing and importing are weakening the economy etc. They choose their President on issues like "same-sex marriage" and "it's time there was a woman/black/etc as President." Those opinions have nothing to do with security or economy.

At this point, the American Senate and Congress are on a much higher level than the people and the President, but no doubt that soon more and more simplistic, photogenic candidates will will by promoting the same sort of meaningless slogans like the "hope" that got Obama into the White House.
Posted by Batya at May 08, 2015

"At this point, the American Senate and Congress are on a much higher level than the people" THAT is what scares me. They are probably going to put another eejit (Perhaps *shudder* Hillary?) into the office. B'H we have HIM on our side. Thanks Batya for a great post!

Thanks NG, the dangers of democracy = the rule of idiots.

This is the decline and fall of the US and the western world. The achilles heel of democracy is bread and circuses and people voting themselves money. The great American experiment, like everything else, has a shelf life. It has been a good run, and the ideas are still noble. Those who can still read a book should read the Federalist Papers. But even if they were translated into Spanish and Ebonics, they would not play anymore. More's the pity.

This is a bill that Obama has agreed to sign.

It would take a 2/3 majority of both houses to overturn an agreement, and 150 House Democrats, (a bit over one third) at this point, have agreed they'll back up Obama.

I know one issue has been Obama's ability to waive sanctions for 90 days periods or whatever, and I don't know if this bill takes it away, or under what cindirtions it might take that away.

This bill is more to give every member of Congress an attempt too have his say, than to actually stop anything directly 9as opposed to stopping things because of political damage)