Only Israel's first Prime Minister, David Ben-Gurion crafted more Government Coalitions than Binyamin Netanyahu, but take into account that the country was young and terribly unstable at that time. I checked the complete list of Israeli PM's in Wikipedia. Besides Ben-Gurion, nobody comes close to Netanyahu, who is about to enter his fourth term as Prime Minister of Israel, or am I missing one.

You'd think he'd be better at it with so much experience, but he isn't. This incoming government has brought him to an all time low. Left, Right and Center, I doubt if anyone other than fanatic Deri-Shasniks could be pleased or neutral about having Arie Deri in charge of the Treasury.


Prime Minister Benjamin Netanyahu signed a coalition agreement with Shas on Monday night, giving the ultra-Orthodox party control of the economy and religious affairs ministries and moving one step closer to building a government. (Times of Israel)

How could anyone forget or ignore the fact that Deri served time for corruption? 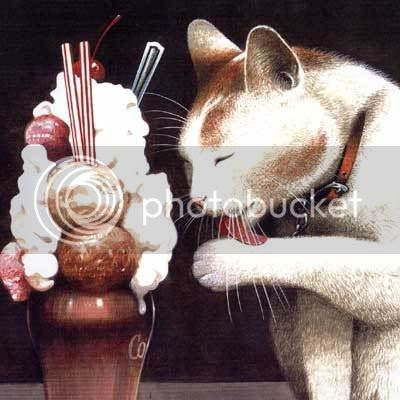 After Deri was convicted of taking $155,000 in bribes while serving as Interior Minister and given a three-year jail sentence in 2000, he was replaced by Eli Yishai.[1][2] Due to good behavior, Deri was released from Maasiyahu Prison in 2002 after serving 22 months.[3]Despite the corruption scandal and legal troubles, he remains very popular with the religiously traditional and Mizrahi Haredi public. (Wikipedia)

Having the cat guard the cream is not a good idea and certainly doesn't teach the Israeli public that "crime doesn't pay."

There isn't all that much in ministries left over for Naftali Bennett's Jewish Home party and even less for Bibi's own Likud. But that is what frequently happens when the Likud forms a government. All the important positions are given out to bribe encourage other parties to join or to make the government Center rather than Right. Menachem Begin established that template in 1977 when he shocked everyone by bringing in Leftist Moshe Dayan.

And about Avigdor Lieberman's ripping up his agreement with Bibi? I'm not surprised. Lieberman has officially opened the next Knesset Elections campaign.


Yisrael Beytenu chairman Avigdor Liberman predicted on Monday night that Prime Minister Binyamin Netanyahu’s new coalition will be short-lived.
Speaking to Channel 2 News’ late night edition, hours after he dropped a bombshell and announced he would not join the coalition, Liberman predicted that there would be new elections in Israel by 2016, if not later this year. (Arutz 7)

Netanyahu will keep trying to sweeten the deals with his "partners" to postpone the next round of elections.
Posted by Batya at May 05, 2015

The problem with your post, in reference to your antagonism with Shas and Deri you need to stand on the other side of the street and understand the Mizrahi view.

But first you need to recognise that the Mizrahi-Sephardim make up over 50% of the Jewish population and even more of those that are traditional and religious.

Shas and Rav Ovadia gave a large part of this community pride and respect and drew them closer to observance and traditions. Not that they all voted Shas, but it was a major instrument in the revival of Sephardi pride. That brand loyalty still exists.

I am not sure if you appreciate it, but there is not one significant Sephardi Rabbi in the entire dati leumi camp nor the Tzohor organisation. Are you not startled by that? Do you know why? It's because all this haredi/dati leumi/modern/reform/liberal/Zionist/anti Zionist nonsense are Ashkenazi created divisions. Largely Sephardim do not suffer from this sort of split.

With regard to Deri, certainly at the time and to some extent even now, many believe he was a victim of the left wing secular establishment. they may be wrong but let us just say that they believe had his name been Rosenfield nothing would have happened. Things have changed now and there is more equity, but at the time it didn't seem so.

So a good blogger should always try and explain the background to some comments.

The same secular Ashkenaz Leftist who have discriminated against North African Jews can't abide people like me.

And many North African (Mizrachi means two completely different things here in Israel) are embarrassed by Deri. He has over-worn his welcome.


Totally agree with your first comments and let me just say I am in the religious right camp.

Deri unlike say Eli Yishai indeed arouses both great passion in terms of likes and dislikes, just like Shas does. So no surprise in your latter comments. My point was not to overlook the sizeable number that are likes.
Like it or not at least a 1/4 million people do not believe that Deri has over worn his welcome.

In terms of intensity I'd say the left hate Bibi and Bennett way more so.

My description of Mizrahi/Sephardi was to try and cover the whole spectrum of those that do not fall under the Ashkenazi banner. Deri is North African, Rav Ovadia was Iraqi, and the true Sephardim ie S&P don't like anyone else using that. The Sidurim get round it by using the combination minhag hasephardim vay hadot hamizracah.
And that works.

I'm not for ethnic seperatism, and I didn't feel comfortable voting for the old NRP, because it was a religious party. Now Bennett has changed that. In places like Shiloh and in my family, those lines have blurred.