Under the Cover of Darkness

The past few nights I've been returning home to Shiloh after dark. I took these two pictures, which you see twice, since I tried lightening them. There are Arab trucks bringing all sorts of suspicious things to wherever every night. I'm not patrolling, just riding a bus, so you shouldn't think that I'm looking for these trucks. But I did see them both nights. Yes, covered trucks, hiding something. 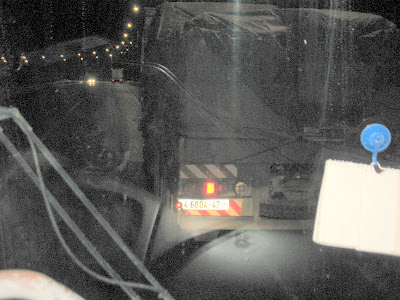 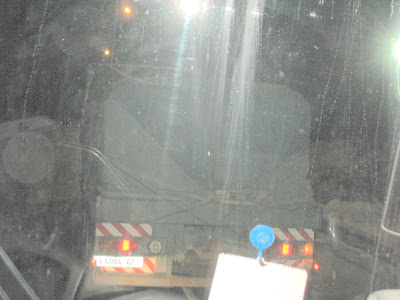 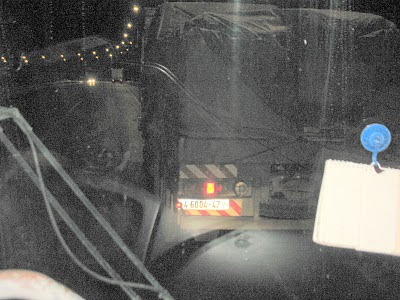 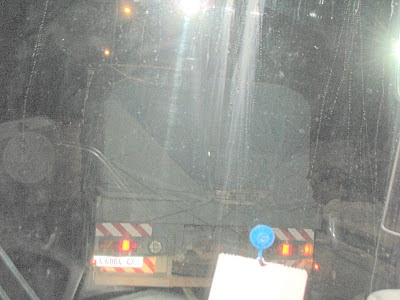 They make me very suspicious.


PS The pictures were taken north of Jerusalem on the way to Shiloh. I'm pretty sure I took these between the "Maavar Michmas-Psagot" turn-off and the "T Junction" to Beit El.

Seems odd that they're covered in black. Is there any sort of company label on them?

As I was on the bus with you, too bad you didn't draw my attention to them. I could have tried to see what I could.

Keli, worse than "odd," suspicious for sure, and the following night I saw more trucks like that on the road, but I wasn't in the front of the bus.

Wink, you told me not to take the picture.

If the trucks came through area "C", then they would have been already inspected.

If they originated in area "A" or "B", then the problem was already there.

Arab license plates, so who knows...

I've found out what's in the back of the truck.

Shy, I didn't know you watched such things.

I haven't slept since I did.

I just saw the first couple of seconds. enough especially here in the Begin Center Library

Skip that - irrelevant to my point here.