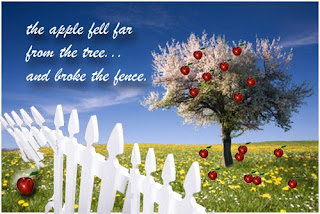 Jewish Israel resumes its series on Orthodox leaders who publicly engage in interfaith activities which challenge Jewish tradition and halacha. Part 3 of our series deals with Rabbi Shlomo Riskin and his continued quest for theological commonality with Christians via his major role in an upcoming conference at Yale University exploring "new frontiers in Christian-Jewish theology."

Has Rabbi Riskin overturned the psak of his own mentor, Rav Joseph B. Soloveitchik? Jewish Israel takes an "academic" look at the situation.


Pastor Hagee has Jews and Christians "bound together by a covenant relationship." But what are the costs involved when pastors like Hagee start building our synagogues, Judaic studies departments, and recruiting our rabbis? Is Judaism in for a theological realignment?

Also, this month reports from major evangelical and messianic sources claim that Jews are coming to faith in Jesus in unprecedented numbers – "the numbers are not just rising, but spiking, observers say."...more
Posted by Ellen at October 20, 2010

Because of all this I am wondering how Shlomo Riskin remains chief "rabbi" of Efrat.(If indeed he does, I may have the wrong rabbi in mind and if I do I apologize in advance.) In either case, is there no public outcry there about his activities? Why isn't he on the radar of Haredi rabbis and others within the Chief Rabbinate of EY? How is it that they can place another rabbi's writings on cherem and not address S. Riskin's behavior, writings, etc.? This is not a rant, I would really like to understand this if anyone has a minute to explain.

May Mashiach come soon and may we be zoche to return to authentic Judaism.

Yes, Rabbi Riskin is the Chief Rabbi of Efrat.

I have no answers for the second part of your question. Although on a number of occasions Rabbi Riskin has felt compelled to retract comments and offer public clarification of his views regarding Christian-Jewish relations and jesus.

Amen on "May Mashiach come soon and may we be zoche to return to authentic Judaism."

I, personally, wouldn't be so quick as to judge a rav who has changed so much for the MO community, for the better. He changed an entire conservative community that became orthodox and made aliya with lots of them. He was the leader of the movement to free the Soviet Jews, he has set up a very well respected program to train rabbis specifically for chul and was the founder of Midreshet Lindenbaum.He developed the first program for people with severe learning dicibilities, so they could still come to Israel for a year. Created (and first fought for) a program to train women to advocate for women in the beit din and fight for agunot. Right now he is fighting in the Israeli beit din to change the way they pasken when it comes to agunot (since they now use a minority opinion, backed by non to deal with the agunot, while the majority opinions are a lot more lenient). So, given what this rav has accomplished in his life, I for one am not going to judge him unfavorably.

Thanks for providing Anonymous Akiva with the perfect answer to his question, Nasch.

Rabbi Riskin is obviously accomplished and has done much for the Jewish world. Nobody questions that. But are our leaders beyond reproach?

Your response reminds me of those who refused to be critical of the Oslo Accords and Disengagement because Rabin, Sharon and the leaders behind those endeavors had done such great things for the country - and they couldn't possibly be leading us down the wrong road, right?

Jews are introspective, thinking people who need to grapple with difficult, critical questions to survive in this world.

The "don't make waves" crowd is going to create a devasting tsunami if they don't speak up.

Good for you Nasch. Keep that head buried in the sand.

Incidentally, where is the haste here? And do you have a counter-argument of why Rabbi Riskin's recent pronouncements and activities on this subject (not Soviet jewry, not Agunot, etc.) are valid, justified, acceptable, not problematic halachically and simply tactically? Apparently not.

Are you aware that there are numerous other Rabbanim who agree with this concern about Rabbi Riskin's interfaith endeavors? Will you respect and defend them, too?

And if we all sit on our hands, while the evidence continues pouring in that these collaborations with evangelicals is leading to the strengthening of some 200 messianic christian communities and their political influence in Israel, will you be able to consciously excuse yourself by saying that you kept your mouth shut because someone is such a nice guy?

I dont have my head buried in the sand, but as long as I havent heard rav Riskin himself speak/write his counter-argument, I am not going to label him with anything. Yes, a lot of his great accomplishments lie in the past, but a lot of them are ongoing. Are we now going to discredit all the rabbis he's giving smicha to? The point is he has many different things he's involved with and putting him in cherem or whatever other branding you want to give him will have serious repercussions, not only for him. I am not trying to bring a counter argument, nor do I know enough of the halachic background or his reasoning in order to judge what he's doing. I'm just suggesting that others might want to refrain from it as well.

And again, who said anything about Riskin's other accomplishments?

How did you jump to thinking anyone was questioning the smicha of his students - or his own semicha, for that matter?

The first comment here does not call for placing Rabbi Riskin in Cherem, chas veshalom. Read it again.

Nasch, now that you've brought it up, what are you referring to when on the Aguna issue you state:

"...they now use a minority opinion, backed by non to deal with the agunot, while the majority opinions are a lot more lenient."

If anything, I understand it to be the other way around.

For some background reading to objections of Riskin's stance on the Aguna issue, see this Hirhurim article from 6 years ago:

There may be a hint there of a common thread: lack of consensus, with Rabbi Riskin plowing ahead on issues which no one else seems to have been consulted on in advance and which contradict a status-quo halachic understanding, in this case one established by Riskin's own Rabbi, Rav Soloveitchik.

If you're questioning him then you're questioning all he is currently involved in. I'm just asking how far will this go?
On agunot, I heard him speak about it a few months ago. He stated that there is the inyen where you can force a husband to give the get using force (as brought down by the rambam). However there's a minority opinion (I'm sorry, I dont remember who) that states that one can only do this if a husband outright refuses to give the get, not if he says I'll give the get if you give m x y z. So a husband with a history of abuse can demand full custody for the get. This the mother will never give and she becomes an aguna. Accoding to rav Riskin this minority opinion isnt supported by anyone else, yet this is the one the beit din follows. He then stated that he is now working on getting into the beit din and getting this changed.

OK, the beat-the-stuffings out of the recalcitrant husband method.

I'm all for that!

Oops. I forgot to write my final sentence above.

Unfortunately, contrary to your claim here, the Rambam is actually in the minority opinion.

"Rabbi Shlomo Riskin continues to tread where most Torah observant Jews refuse to go as he persists in joining his Christian colleagues in a theological quest for commonality..."

It would be one thing if his goal was ultimately to lead them to the Noachide laws by showing them that xtianity has little in common with Judaism, at least theologically.

But he is doing the opposite it seems.

OT but I recently met a guy who is a wiccan and it seems Wicca/paganism has more in common with xtianity.

Surely Rabbi Riskin can recognize it too.

Rabbi Riskin frequently speaks about Judaism's need to teach the world the seven Noahide laws, but it appears he believes that Christianity is well within the bounds of those laws. The trinitarian concept doesn't seem to bother him as he ties idolatry to immorality. It appears he beleives that if one is moral than belief in more than one god is irrelevant. He is big on rainbow symbolism.

But Rabbi Riskin is not simply speaking about good, righteous people. He is also adding a convenantal dynamic to all of this and trying to theologically reconcile Christianty with Judaism
Excerpt from his Yale paper:

"Can we not argue that, although we use different names, symbolic images, rituals, customs and incantations by which we call and
worship the Deity, everyone is speaking and praying to the same Divine Force who created and guides our world? Allah is another name for the one God (“El” or “Elohim”),the Trinity is mysteriously considered a unity by Christians, all the physical
representations of the Buddha are meant to express the All in the All that is the god of the Far East. Is it not possible that the real meaning of the credo of Judaism, the Sh’ma,
is: “Hear Oh Israel, the Lord (who is known by our different names of different forces
and powers), Elohaynu, is (in reality the) One (YHVH of the entire cosmos).”