Room For More Than One More

Last night was the chanukat habayit, dedication, festive opening of our expanded neighborhood synagogue and "social/events" hall.  The shul is now officially named the Beit Knesset Noam Yonatan of Ramat Shmuel Shiloh.  It's named in memory of Yonatan Eldar, HaYa"D, who was murdered by an Arab terrorist when studying in Mercaz HaRav Yeshiva. 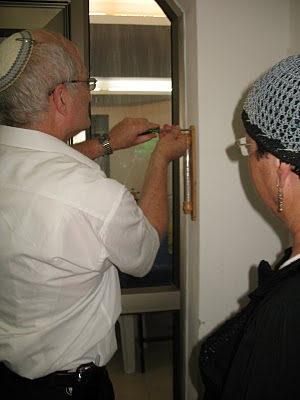 The hall is dedicated to the memory of Penina Siton, ZaTz"L, who died of cancer a year ago, and the expanded Ezrat Nashim, Women's Section is in memory of Yehudit Shpatz who passed away two years ago. 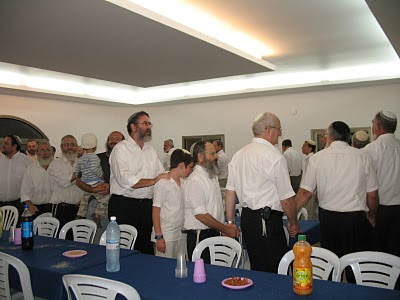 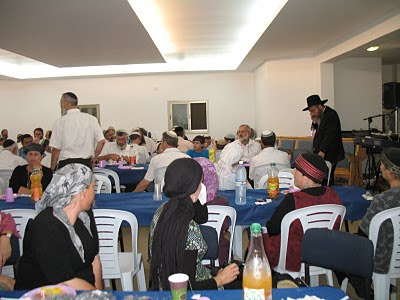 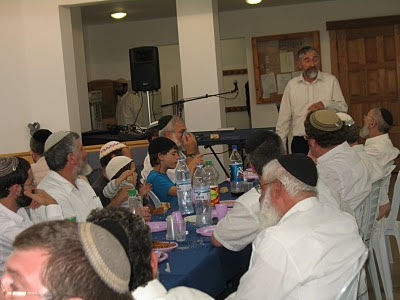 It's hard to think that money can only be raised when in memory of dead people, but that's the reality.
At least now there will be room for all to pray here in our neighborhood shul.
Posted by Batya at September 05, 2010

Beautiful! May your kehillah continue to grow and thrive in the new space, in the merit of those whose holy lives are commemorated by the dedications.

Mazal tov. You should have so many big Semachot that you'll need to expand it again and again.

Jennifer, a, Shy, thanks!

B"H, we now have room for women to pray more comfortably, and more room for the men, too.

One unexpected plus about the "social hall" is that the lighting is great and pictures I took there of a sheva brachot and the chanukat habayit came out surprisingly well.