Today's Lesson From the Fast of the Tenth of Tevet

You would think that two fast days and three weeks of national public and religious mourning to commemorate, mourn the destruction of our Holy Temples in Jerusalem and its conquest by foreign nations would be enough for the Jewish People.  I'm referring to the 17th of Tammuz and 9th of Av and the three weeks between them.  They dominate the Jewish calendar and make summer vacations and planning smachot (joyous events) very difficult for Torah observant Jews.

So, why do we also need a third fast day, a half a year earlier, on the Tenth of Tevet?

I'd say that considering what's going to today with international interference in the growth and building in Jerusalem and our historical Biblical Homeland, the 10th of Tevet may be even more important than the 9th of Av. 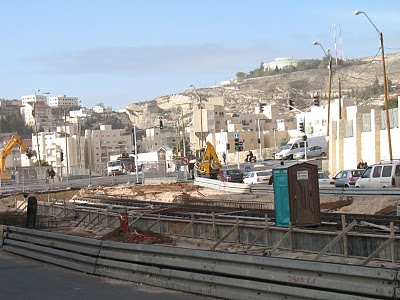 Medical research and statistics show that the earlier you discover and begin treating a cancer, the better the chances of the patient's survival.

The Tenth of Tevet fast commemorates the beginning of the Babylonian attack on Jerusalem at the time of the First Beit HaMikdash Holy Temple.  If we had been successful in defeating them then, none of the other tragedies would have occurred. 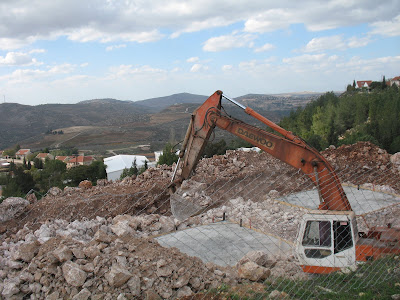 We must be strong and determined to do what's best for our national interests.  No foreign country cares whether we live or die.  One of the reasons I was totally turned off by Michael Chabon's The Yiddish Policemen's Union is because the author made a joke out of the fictional defeat of the modern State of Israel.  Michael Chabon does not understand how dangerously wrong he is.  His "what if" made a joke out of what most probably would have/could have been an extension of the Holocaust.  I'm now reading Philip Roth's The Plot Against America, which gives a more realistic prediction of his own "what if."  He puts Charles Lindbergh as United States President in 1940 instead of FDR.  I'll review that when I finish reading it.

The State of Israel, its citizens and Jews and freedom lovers and civil rights enthusiasts all over the world must take off their antisemitic lenses and recognize that by restricting our rights to build for Jews in Judea, Samaria, Jerusalem etc they are causing our destruction.  That's the lesson of the Tenth of Tevet.
Posted by Batya at December 29, 2009

[..."by restricting our rights to build for Jews in Judea, Samaria, Jerusalem etc they are causing our destruction"...]. I'd say they are causing their own. midah kneged midah Hashem will judge the goyim for their curse against the land and the people of Israel ... Katrina was indicative of destruction of Gush Katif,please look at the parallels.

jdl, my major complaint is against fellow Jews. And please don't forget that the true reckoning of reward and punishment is in Olam Haba, the Next World.

Shalom!
A significant number of Katrina survivors are still in trailers too. What's particularly sad about that is that the southerners were the least likely Americans to be in favor of the expulsion.
I've also heard that it's literally freezing in America now.

I've never thought much about the Tenth of Tevet. Apparently that's a mistake. Thanks, Batya.

Hadassa, I only realized it now.
Freezing in America, where's the "global warming?"